Speaking in “The Young Turks” online show, Bernie Sanders refused to say whether he would back Democratic candidate Hillary Clinton if he loses the primary.

Cenk Uygur discussed the ‘millennial movement' with presidential candidate Sanders, asking if he would persuade his supporters to vote for Clinton if he does not win. 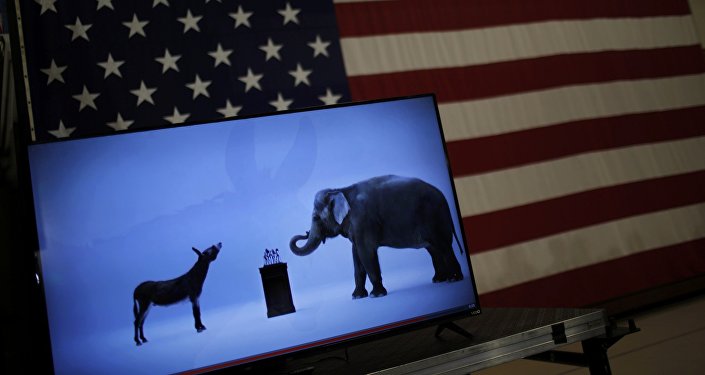 As Uygur put it, a "lot of people in [millennial] movement have decided that [Sanders] is their leader." He suggested that millennials "have [Sanders] as more popular as a person they'd like to meet, above Beyonce."

"If you were to lose," Uygur said, "and the Democratic Party comes to you and says take this movement that is full of energy and that is against the establishment, and make sure they vote for the establishment candidate, what do you say?"

Sanders avoided a direct answer, neither confirming nor denying whether he would offer support for "establishment candidate" Clinton.

"What we do is together, as a nation… as a growing movement is we say: ‘If we don't win,' — and by the way we are in this thing to win, please understand that, — ‘What has the Democratic establishment gonna do for us?'" Sander said.

Developing on the topic, he said "If I can't make it, — and we're going to try as hard as we can ‘til the last vote is cast, — we want to completely revitalize the Democratic party and make it the party of the people rather than one of large campaign contributors."

Sanders sees himself as a working-class-oriented opposition candidate subverting the campaign contributor interests of the Democratic Party. He would likely conduct his own policy and retain his own supporters even if he lost.

Millennials are the demographic following Generation X. There are no precise dates for when the generation starts and ends; most researchers and commentators use birth years ranging from the early 1980s to around 2000, a group that includes the wide-ranging interests of both Justin Bieber and Malala Yousafzai.

Puerto Rican Gets Sent Off ‘Weekend at Bernie’s’ Style (VIDEO)