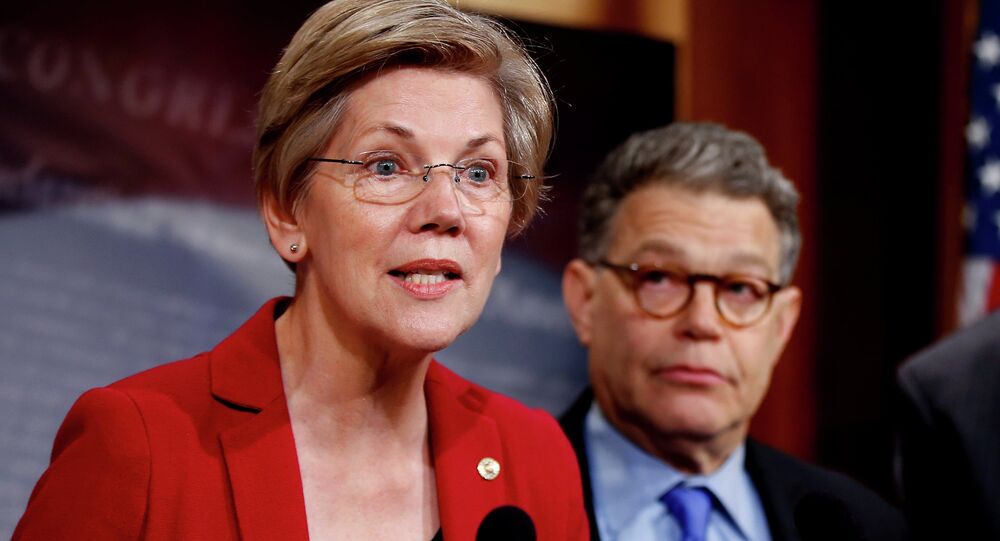 On Monday, Massachusetts Senator Elizabeth Warren took to social media in a series of tweets and an accompanying Facebook post to denounce Republican frontrunner Donald Trump as a “loser.”

Warren laid into the former reality television star, calling his Trump University venture a for-profit “scam” and referring to his many failed businesses.

“Let’s be honest – Donald Trump is a loser. Count all his failed businesses. See how he kept his father’s empire afloat by cheating people with scams like Trump University and by using strategic corporate bankruptcy (excuse me, bankruptcies) to skip out on debt. Listen to the experts who’ve concluded he’s so bad at business that he might have more money today if he’d put his entire inheritance into an index fund and just left it alone,” Warren wrote.

The Massachusetts Senator wrote of how Trump “seems to know he’s a loser,” adding that his insecurities are on display.

​“His embarrassing insecurities are on parade: petty bullying, attacks on women, cheap racism, and flagrant narcissism. But just because Trump is a loser everywhere else doesn’t mean he’ll lose this election. People have been underestimating his campaign for nearly a year – and it’s time to wake up,” Warren stated.

The Senator noted that every four years people claim that ‘"this is the most important election in our lifetime,” and acknowledged that the sentiment gets “stale.” She recommended, however, that those reading her tweets consider the issues hanging in the balance this year, naming them one by one.

“Affordable college. Accountability for Wall Street. Healthcare for millions of Americans. The Supreme Court. Big corporations and billionaires paying their fair share of taxes. Expanded Social Security. Investments in infrastructure and medical research and jobs right here in America. The chance to turn our back on the ugliness of hatred, sexism, racism and xenophobia. The chance to be a better people,” she wrote.

​Senator Warren stated that it is the nation’s job to make sure that Trump’s campaign ends looking just like the loser she points out that he is.

“More than anyone we’ve seen before come within reach of the presidency, Donald Trump stands ready to tear apart an America that was built on values like decency, community, and concern for our neighbors. Many of history’s worst authoritarians started out as losers – and Trump is a serious threat. The way I see it, it’s our job to make sure he ends this campaign every bit the loser that he started it.”

Trump Calls for a Ban to Foreign Student Labor, Continues to Use It Himself