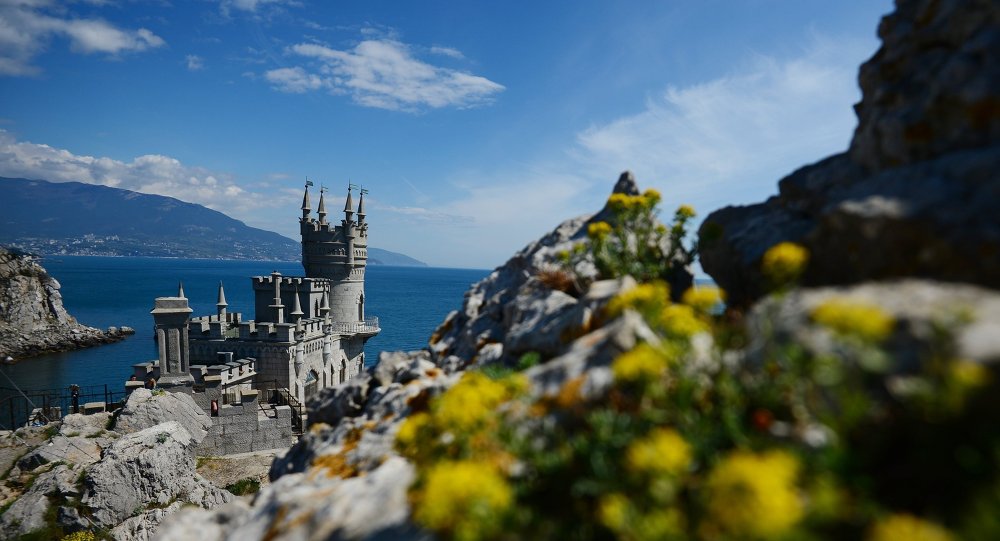 On March 18, Russia celebrated the second anniversary of Crimea’s reunification with the country. On March 16, 2014, 96 percent of Crimean residents voted in a referendum to secede from Ukraine and join Russia.

Ukraine and Western countries have not recognized the legitimacy of the plebiscite, imposing several rounds of sanctions on Russia over what they label the "annexation" of Crimea.

In 1969, American psychiatrist Elisabeth Kubler-Ross introduced a model postulating five emotional stages of grief: denial, anger, bargaining, depression, and acceptance. The model can be used to illustrate what has happened to Ukraine after Crimea’s reunification with Russia.

© Sputnik / Vladimir Sergeev
Great to be Back Home: How Crimea is Changing After Reunification With Russia
Kiev and the Mejlis of the Crimean Tatar People denounced the results of the 2014 referendum. Ukrainian officials insisted that only Crimean Tatars (10 percent of the Crimean population) had the right to self-determination.

A month after Crimea reunited with Russia Kiev passed a new law designating the republic as a "temporarily occupied Ukrainian territory." According to the document, Crimean residents who refused Russia’s help could receive pensions and reliefs from Ukraine. The document also stripped Ukrainian citizens residing in Crimea of the right to vote. 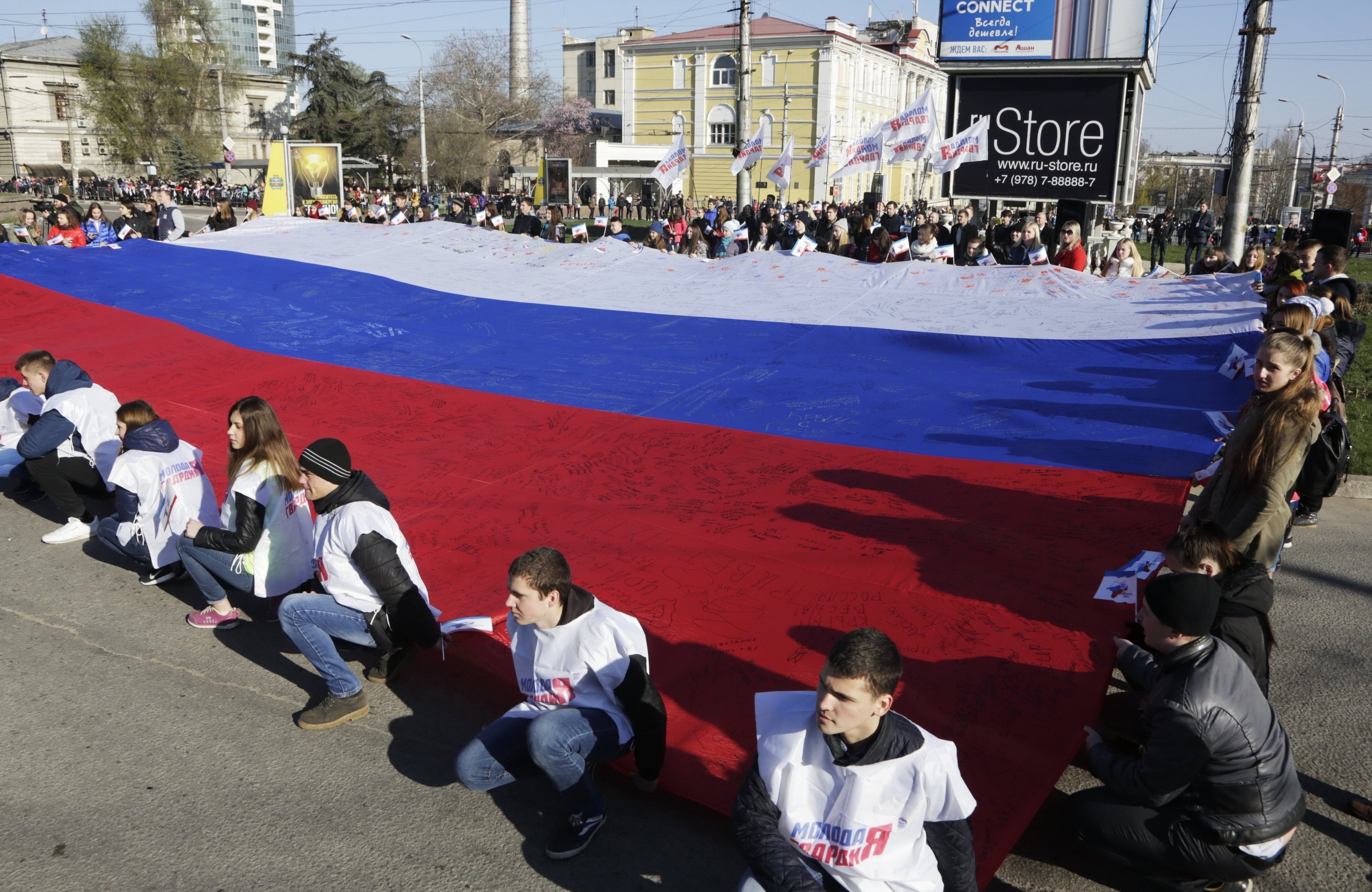 By late-April 2014, Kiev began to realize that Crimea did not belong to it anymore. The Ukrainian government decided to unleash its anger and resentment on Crimean residents.

Kiev adopted the approach proposed by then-leader of the Right Sector movement Dmitry Yarosh: "A total blockade of Crimea is necessary."
Ukraine closed the North Crimean Canal in the Kherson Region which provided up to 85 percent of water supplies to the peninsula. As a result, thousands of Crimean residents left without water.

© Sputnik / Vladimir Trefilov
Crimea Russian Region, Not Subject for International Talks – Kremlin
In Summer 2014, Ukraine started blocking railway transport with Crimea. Finally, it was stopped by the end of the year. However, in September 2015, Kiev admitted that the move was wrong since the blockade had cost Ukraine over $1 billion.

Furthermore, Kiev denounced a number of cooperation agreements, imposed individual sanctions, and banned Russian movies. The most notable examples were the termination of contract on the construction of the Kmelnistkiy Nuclear Power Plant and the blockade of air traffic with Russia.
The loss of Crimea has set the scene for new hawkish politicians in Ukraine. For instance, lawmaker Yury Lutsenko pledged to create an "army for a sweeping attack against Russian forces," including in Crimea.

On September 20, 2015, Ukraine blocked roads at three checkpoints in the Kherson Region. President Petro Poroshenko supported the initiative, saying it was aimed at "restoring Ukrainian sovereignty over the peninsula."

However, it was later discovered that the blockade was carried out by members of Ukrainian far-right groups and movements.

Freight traffic from Ukraine to Crimea was blocked. Right Sector activists examined trucks moving to the peninsula. The move was dubbed the "food blockade of Crimea." However, it mainly hit Ukrainian companies and freight operators working with Crimea. 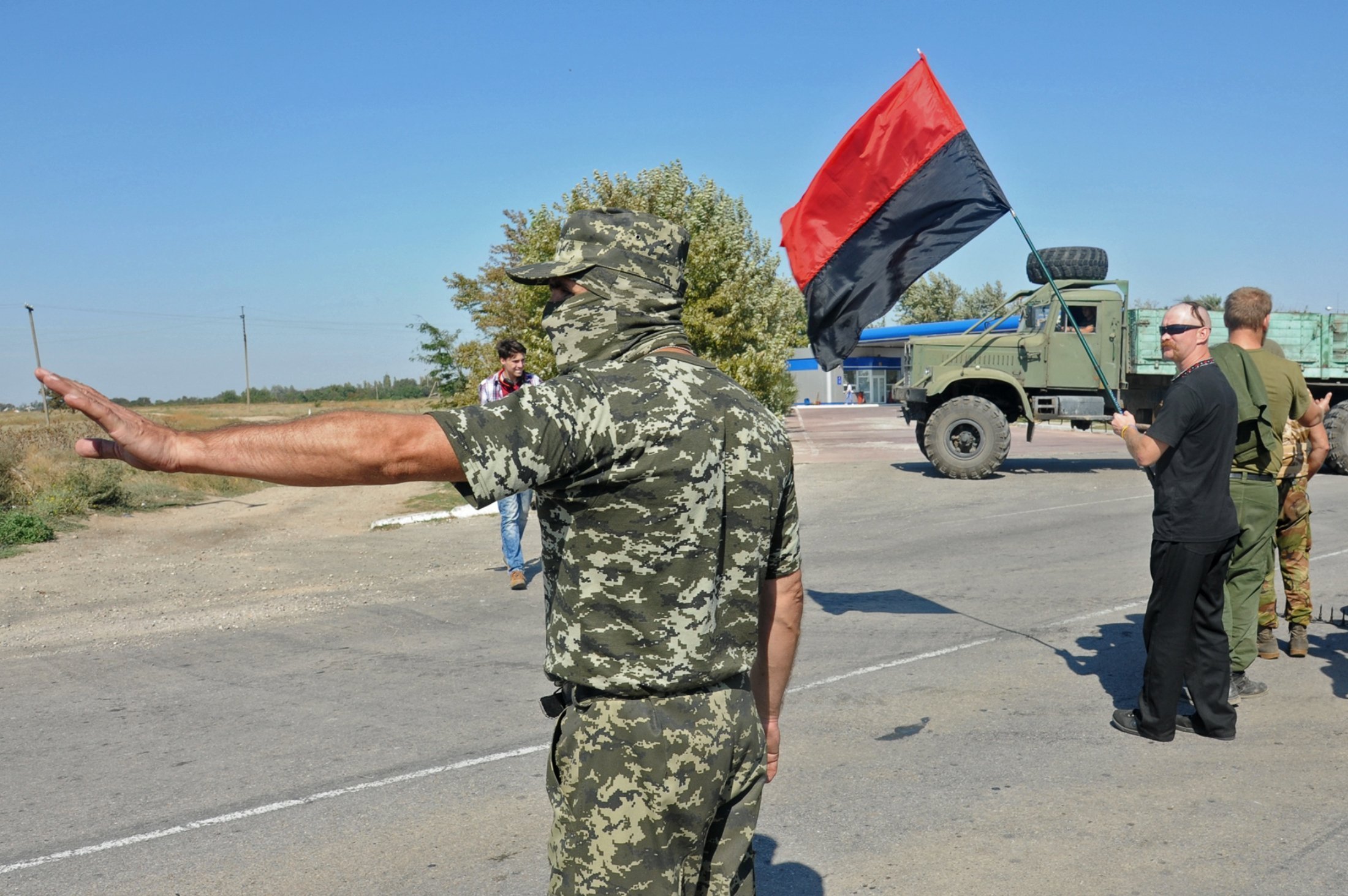 On October 6, 2015, Ukraine intensified its pressure on the peninsula with the so-called "energy blockade" of Crimea. A power line was damaged, and then members of the Azov nationalist battalion tried to hamper repair works. A week after the power line was damaged again. As a result, power supplies to Crimea were cut off.

© Sputnik / Sergey Malgavko
Kiev's Energy Blockade Costs Crimea Some $28Mln
Due to power shortages, Crimean hospitals and kindergartens had to use diesel electric generators. At the same time, residential areas suffered rolling power cuts. The situation improved several weeks after when an energy bridge to Crimea was launched.

Kiev offered help to Crimea in the form a contract on energy supplies. The document designated Crimea as part of Ukraine. According to a poll, 93 percent of Crimean residents refused to accept the offer. In early-December, power supplies to Crimea were fully restored by Russia. According to estimates, Ukraine lost $1 million a day during the "energy blockade."

Having realized the fault of bargaining attempts, the Ukrainian government abandoned its policy of blockades.

On February 16, 2016, the Ukrainian parliament passed a law to rename 70 residential areas in Crimea.

Some Ukrainian politicians have realized that Crimea is unlikely to return to Ukraine. "We’ve lost Crimea… It’s impossible to get it back," former president Leonid Kuchma admitted. Another former Ukrainian leader Leonid Kravchuk said that returning Crimea to its previous is an impossible goal to achieve.

While in their rhetoric Ukrainian officials still pledge to get Crimea back, de-facto they are ready to admit that now Crimea is a full-fledged Russian region rather than an "occupied territory."

For example, Ukrainian goods are still supplied to Crimea as usual and Ukrainian citizens are ready to visit the peninsula despite numerous logistic difficulties.

Recently, a scandal broke out in Ukraine. Students at the Kiev National Medical University received pass cards with a map of Ukraine printed without Crimea. 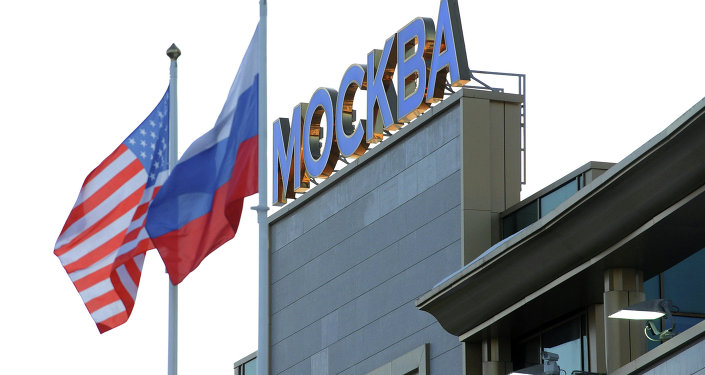 © Sputnik / Sergey Pyatakov
US State Dept Pledges to Retain Sanctions Until Russia Returns Crimea
Ukrainian media is also in the process of acceptance. For instance, a journalist for channel 112 TV wrote after visiting Crimea: "Everyone I met was totally sure in their choice."

Of course, such announcements still cannot be made by any Ukrainian officials. However, the situation is changing. A year ago, in a contract between Ukrainian and Russian energy companies, Crimea was designated as the "Crimean federal district of the Russian Federation." Six months ago, the Ukrainian representative office to the UN announced that Kiev had recognized the land and maritime borders with the Crimean Republic.

What is more, the international stance to Crimea’s reunification with Russia is also changing.

"It’s time to say there is no international crisis over Crimea. It’s time to say that Crimea is Russian. We want France to see the bigger picture and abandon the policy of sanctions," French lawmaker Jacques Myard said.

Two delegations of French lawmakers and senators have already visited the peninsula. A delegation from the Italian region of Liguria is also expected to visit Crimea.

Crimea is also a place of interest for foreign tourists. For instance, the Australian tourist company Gateway Travel refused to stop selling tours to Crimea, despite pressure from the local federation of Ukrainian organizations.

"People around the world are now interested in visiting Crimea," a company representative commented.

Crimea is also an attractive market for global investments. Earlier, it was reported that Brazilian businessmen were mulling the construction of a large meat-processing plant in the peninsula. Russia’s trade representative to Germany, Yury Stetsenko said that German investors are ready to invest to Crimea.

Another sign of the global emerging recognition of Crimea are the numerous cases of maps being published with it designated as part of Russia. Such cases have been reported in Poland, Italy, Czech Republic and France.

Famous publishing houses like Larousse and Rocher published maps showing Crimea as a Russian territory and business giants such as Coca-Cola and Adidas have used similar maps in their ads.

Russian Foreign Minister Sergei Lavrov noted that those cases re the first steps towards the global recognition of Crimea’s reunification with Russia.

EU to Further Impose Sanctions Against Russia Over Crimea - Mogherini