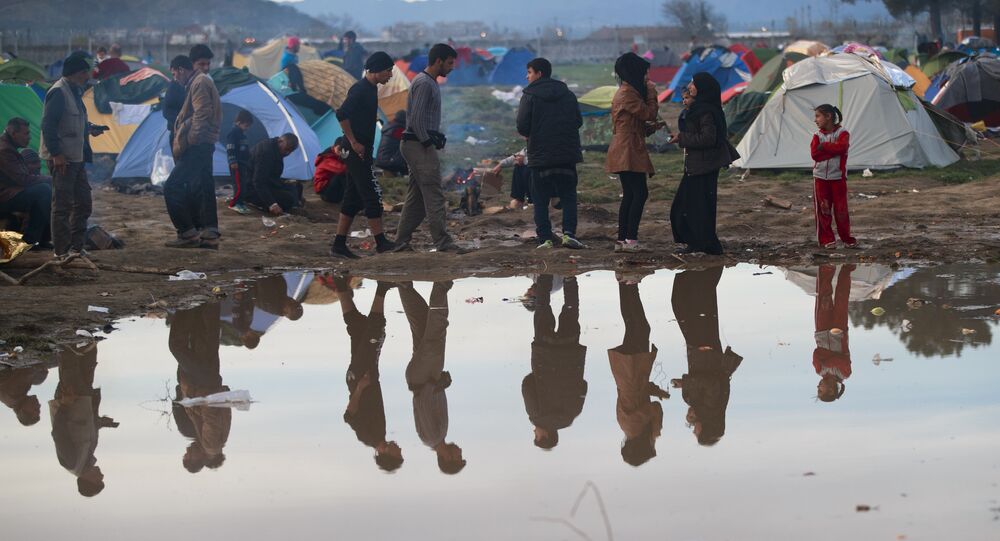 A migration agreement between Brussels and Ankara does not envisage changes to the EU refugee quota system, Lithuanian President Dalia Grybauskaite said Friday.

VILNIUS (Sputnik) — According to the Lithuanian president, she proposed on Thursday to agree on protective measures to ensure that the previously specified and agreed quotas remained in place. Lithuania has agreed to take in 1,105 refugees until 2017, under a European Commission quota scheme aimed at redistributing 160,000 migrants across EU member states.

"If the agreed quota is exceeded…if we see that the numbers are increasing progressively, it will mean that the program and the system do not work, the whole mechanism does not work, and it should be terminated," Grybauskaite said in a phone interview with the Baltic News Service agency.

The EU-Turkey agreement is due to take effect on Sunday. It envisages, in particular, Turkey taking back all undocumented migrants who enter Greece from Turkey and sends in return approved Syrian refugees on a one-for-one principle.

© AFP 2021 / ARIS MESSINIS
Can’t Catch Them, Then Drown Them: Turkish Coastguards Reportedly Attack Migrant Boat Near Greek Island
According to Grybauskaite, the agreement with Turkey will be the first test of Europe's ability to control the inflow of undocumented immigrants, as other migration routes to Europe may emerge in the future.

A two-day European Council summit on migration opened in Brussels on Thursday. EU leaders reached the agreement on the action plan earlier on Friday. The European Union pledged to provide 3 billion euros (over $3.3 billion) to Turkey to help it to deal with the undocumented migrants, with the provision of an additional 3 billion-euro allocation among other possible measures.