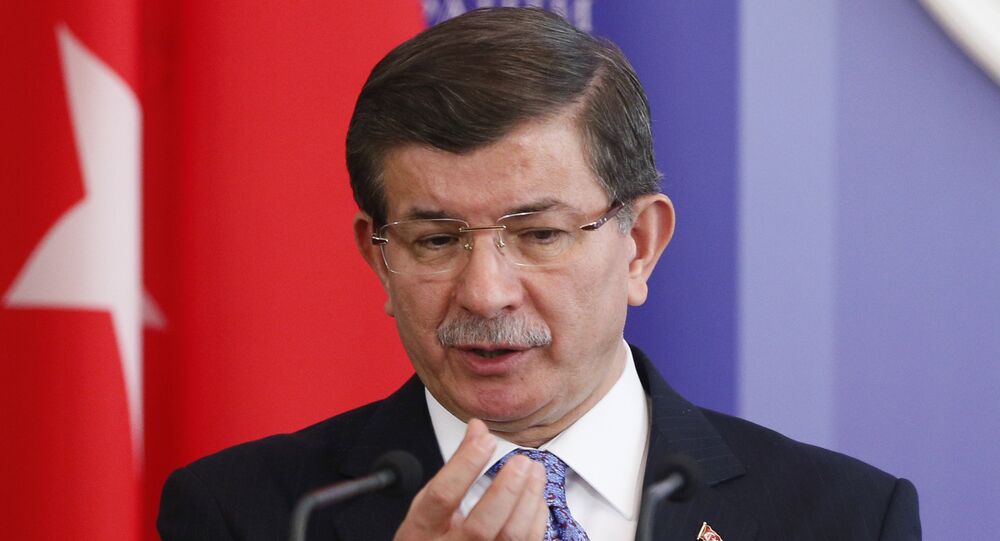 Turkey will accept all undocumented migrants who crossed the seas to the European Union while the bloc will accept the same number of approved Syrian refugees, Turkish Prime Minister Ahmet Davutoglu said Friday.

BRUSSELS (Sputnik) – A number of high-level officials confirmed sealing the provisional deal envisioning a one-for-one exchange of migrants to help Europe tackle the greatest refugee crisis it has experienced since World War II.

"We agreed that in order to discourage human smugglers and in order to encourage legal migration, we have a balanced approach: Turkey will be getting all those who are crossing to the Aegean islands illegally. Meanwhile, Europe will receive the same number of legal migrants from Turkey," Davutoglu said in a joint press conference alongside EU Council and Commission leaders.

© REUTERS / Olivier Hoslet
Concerns Remain Over EU-Turkey Deal on Refugees Amid Acrimony
Earlier in the day, EU leaders reached an agreement on the EU-Turkey action plan that envisions a one-for-one exchange of undocumented migrants for approved refugees.

Under the EU-Turkey deal, agreed in principal earlier in March, the European Union is expected to accelerate Turkey's EU accession process and introduce a visa-free regime between Turkey and Europe, as well as granting a total of 3 billion euros (over $3.3 billion) to Turkey to help it provide for refugees on its soil. Ankara has requested an additional 3 billion euros in funding through 2018.