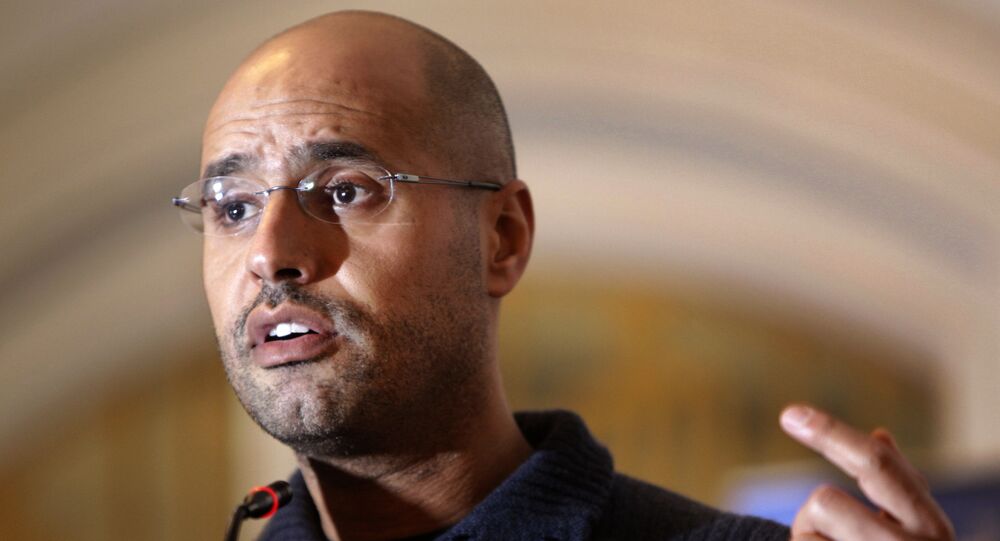 The son of Libya’s overthrown leader Muammar Gaddafi, Saif, had a plan for democratization of the country, which was eventually rejected by the Western powers that chose to bomb the nation, according to an email archive of former US Secretary of State Hillary Clinton, released by WikiLeaks.

WASHINGTON (Sputnik) — Libya has been in a state of turmoil for years after the Arab Spring protests in early 2011 led to a civil war and the overthrow of long-time leader Muammar Gaddafi in October of the same year.

"Saif’s [Gaddafi] plan suggests governing Libya under a constitutional democracy, in which he would serve as a transitional leader until formal elections could be held," the email, sent to Clinton in April 2011, stated.

© Sputnik
De-Dollarization: The Story of Gaddafi's Gold-Backed Currency is Not Over
The democratization plan also included freedom of press and internet access, according to the email.

The instability that has plagued since 2011 has facilitated the emergence of numerous militant groups in the country, particularly Daesh.

In January, media reported that US President Barack Obama was making plans to open a third front against Daesh in Libya, following military operations in Syria and Iraq started by a US-led coalition in 2014.