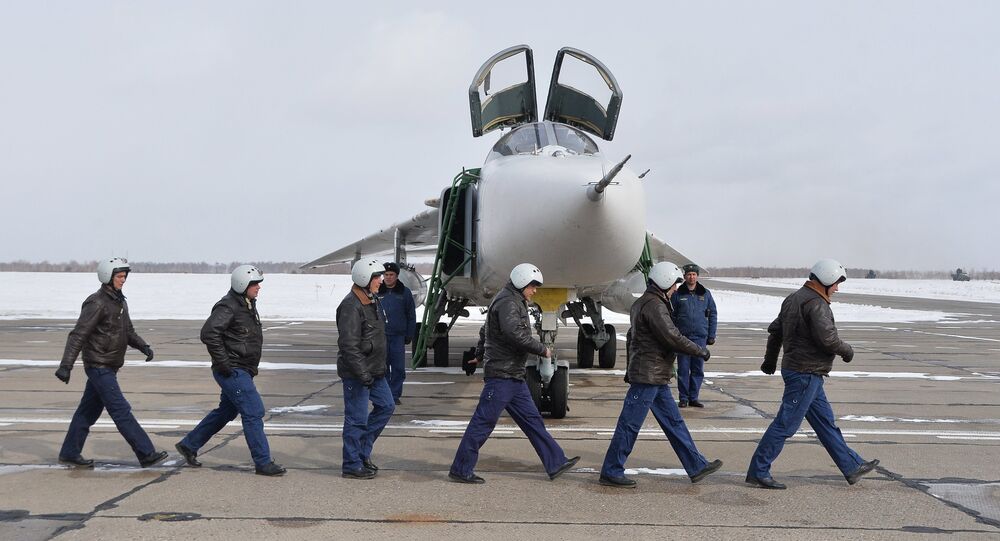 Some have claimed that Vladimir Putin was so frustrated with Bashar al-Assad that he decided to withdraw Russian troops to force the Syrian president to make concessions in Geneva, but this assumption is baseless, political analyst Thierry Meyssan asserted.

This theory, its advocates say, works because Putin's decision was spontaneous and no one saw it coming. Yet this is not the case.

"Russia has begun the withdrawal of its contingent quite conspicuously. Flight plans have regularly been registered four days in advance for all cargo planes charged with transporting men and equipment back to Russia," Meyssan explained.

The expert added that the date itself was not a surprise for those involved in the campaign. Russian Defense Minister Sergei Shoigu and his Syrian counterpart General Fahd Jassem Al-Freij apparently shared this plan with Lieutenant General Mashal Al-Zaben, the Chairman of the Joint Chiefs of Staff of the Jordanian Armed Forces, three months ago, in January.

© Sputnik / Dmitriy Vinogradov
Smart Politics: Russia Becomes Key to Syria Peace Process After Pullout
"It is therefore ridiculous to link this decision to any supposed disagreement that may have occurred over the last few days," the analyst added.

Likewise, Russia's operation in Syria has always been limited, but, according to Meyssan, keeping even this many planes at a time when all major targets have been destroyed and the fighting has largely stopped is unnecessary. At the same time, Russian military infrastructure, including the S-400 and Pantsir-S2 air defense systems, remains in place.

Moreover, Moscow has reaffirmed that Russian warplanes can return to Syria if needed. In addition, Russia has provided assistance and training to the Syrian Arab Army (SAA) so that Damascus-led forces could fight on their own.

"From now on, the [SAA] is not only capable of defending its population from the jihadists, but also of liberating the occupied territory, which it has begun to do," Meyssan noted. The analyst is convinced that it will be the SAA that will ultimately defeat Daesh on its territory – thanks to Russia's comprehensive assistance.