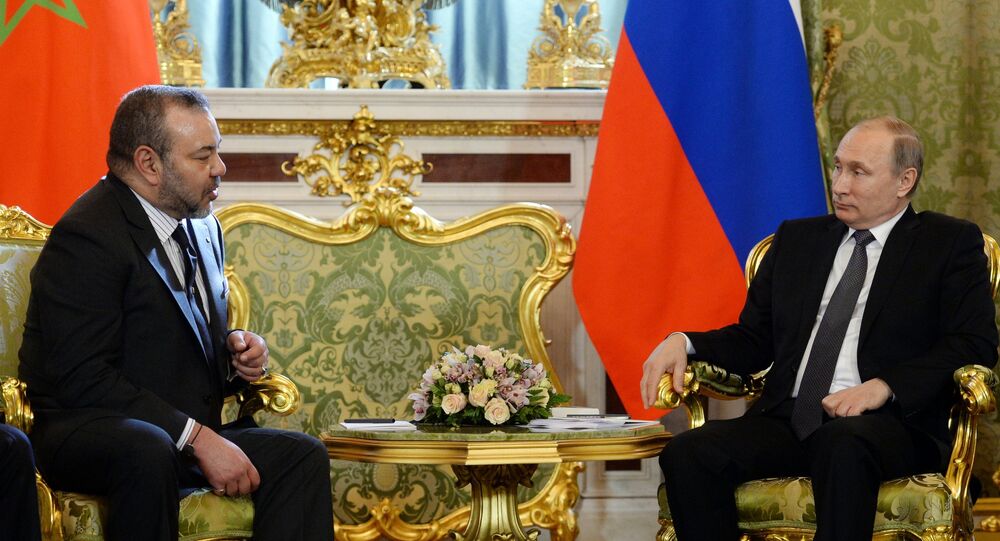 The recent visit of King Mohammed VI of Morocco to Russia was a turning point in relations between the two countries, as the king expressed a desire to boost cooperation, Moroccan Minister of Economy and Finance Mohammed Boussaid told Sputnik on Thursday.

MOSCOW (Sputnik) — The Moroccan king visited Moscow on March 15-16, to discuss bilateral cooperation and internationally important issues and to sign a number of agreements and memorandums.

"This visit will be a turning point in the confirmation of the common desire to boost cooperation," Boussaid said.

© Sputnik / Kirill Kallinikov
Morocco Hopes to Increase Trade With Russia
According to the economy minister, promising areas of cooperation are agriculture, energy and tourism.

The king previously visited Moscow in 2002, during which a bilateral declaration on strategic partnership was signed.

Moscow and Rabat established diplomatic ties in 1958, however, the first contact between the two countries started in 1977. The states maintain a high level of cooperation, which is supported by mutual visits of the countries' leadership, including Russian President Vladimir Putin's visit to Morocco in 2006.