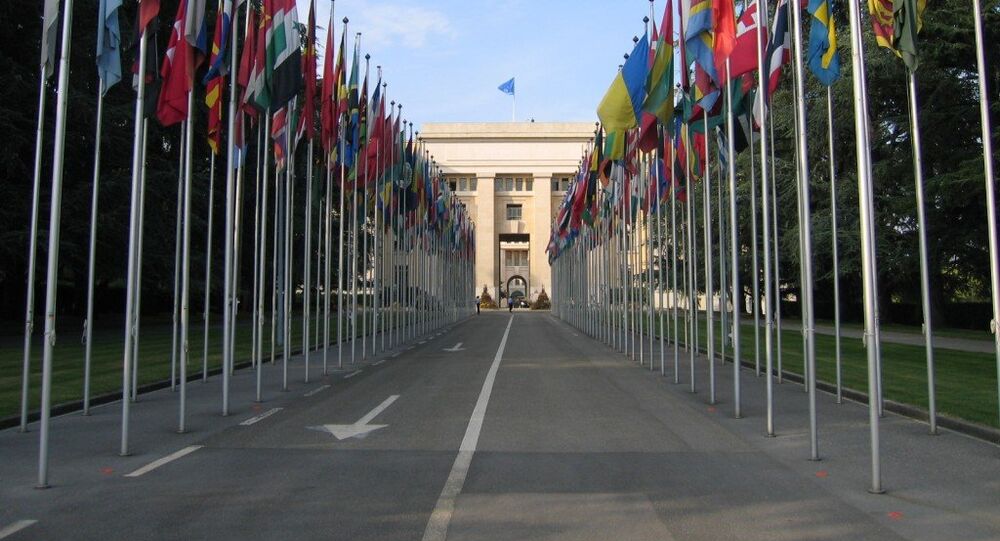 An adviser to the High Negotiations Committee of Syrian opposition said the group was ready to begin direct talks with the government delegation.

“I think it is not difficult for us to start direct talks with the government delegation…We hope to begin direct talks, we are ready for this,” Bader Jamous said.

“If there is a real desire on both sides, direct talks are a better option than staying in different rooms, this will speed up the process…But to date we have not seen such a desire from the regime,” Jamus underscored.

An opposition delegation formed after meetings in Cairo and Moscow is also present at the indirect negotiations.

"The list [of those establishing a transitional authority in Syria] will not comprise neither [Syrian President Bashar] Assad nor those who gave instructions to kill the Syrian people," Bader Jamous told reporters.

Neither the West nor Russia can solve the terrorism issue in Syria, only the Syrian people are able to handle this problem, he stressed.

After the power transition and the creation of a new governing body in Syria, the Daesh terrorist group will be eradicated within three months, Jamous added.

Daesh has been designated a terrorist group and outlawed in Russia and many other countries. The group has seized large areas in Syria and Iraq, declaring a caliphate on the territories under its control.

Mohammed Alloush, a senior member of the High Negotiations Committee of the Syrian opposition representing Jaysh al-Islam militant group, will remain the leader of the HNC despite the objections of the Syrian government.

"We have Mr. Alloush as the head of the delegation at the talks, and he will remain the head. Alloush one of the most important people in the delegation, and he plays a role on the ground in Syria and in groups that are fighting in Syria," Jamous said.

"We have arrived, we do not intend to exit the negotiations. We came to try as much as possible to resolve the conflict," Jamous added.

Syrian Riyadh-based HNC opposition coordinator Riad Hijab will arrive in Geneva for the intra-Syrian talks as soon as they enter a serious stage, he noted.

The HNC, which was created in Saudi Arabia in December 2015, includes representatives of some groups considered to be terrorist organizations by Syria and Russia, and is one of the opposition delegations participating in the UN-brokered talks on the Syrian settlement launched late January and later put on hold.

All Foreign Troops Must Be Withdrawn From Syria - HNC Head