President Vladimir Putin caused a stir when he announced the withdrawal of Russian forces deployed to Syria to fight Daesh and other terrorist groups. Moscow's operation has been largely hailed as a success, but several major achievements of the limited engagement have mostly remained unacknowledged.

These include eliminating top terrorist commanders, key victories on the battlefield and ammunition recycling.

© AFP 2020 / AMER ALMOHIBANY
Smoke billows after air strikes by regime forces on the town of Douma in the eastern Ghouta region, a rebel stronghold east of the capital Damascus, on December 13, 2015

In late December, one of the most powerful terrorist leaders – the commander of Jaysh al-Islam – was killed in an air attack conducted by Russia warplanes. The operation targeted a meeting of high profile rebels, including Zahran Alloush, in Eastern Ghouta. 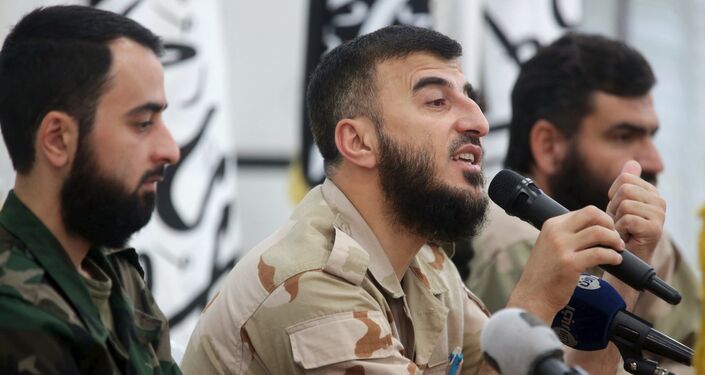 Jaysh al-Islam, the largest rebel group around Damascus, is trying to create an Islamic caliphate in Syria. The organization, that has as many as 25,000 members, has received support from Turkey and Saudi Arabia. Thanks to Russia's efforts, the group lost several of its key leaders in what is known as a "decapitation" strike, a strategy, which is aimed at tackling a terrorist group by killing its senior commanders.

Russian forces also eliminated other rebel leaders, but Alloush, who was also one of spiritual jihadist leaders, is the most prominent one.

© AP Photo / SANA
Syrian government troops hug each other in celebration inside the Kuweires air base, east of Aleppo, Syria

Russia launched its counterterrorist operation in Syria on September 30, 2015, at a time when the Syrian Arab Army (SAA) was locked in several battles and largely losing ground.

In the several weeks that followed, the SAA assisted by Russian warplanes lifted the three-year-long siege of a secluded Kuweires (Kweiris) military airbase. The offensive against Daesh has also helped to cut a major terrorist supply route to Aleppo, the largest city in the country.

In addition, Damascus-led forces scored major victories in the key province of Latakia, the eastern city of Deir ez-Zor has received humanitarian aid by air and the SAA is preparing an operation to free the city of Palmyra, the most famous landmark in the country.

© AFP 2020 / DELIL SOULEIMAN
Fighters from the Kurdish People's Protection Units (YPG) sit in the back of a vehicle in the al-Zohour neighbourhood of northeastern Syrian city of Hasakeh on August 2, 2015, a week after Syrian troops and Kurdish fighters ousted the Islamic State group from Hasakeh

© Sputnik / Aleksey Nikolskyi
Russia’s Pullout From Syria Shows Putin Pursued Distinct Strategy
Russian forces have also assisted Kurdish fighters, who have tried to separate the Daesh-held territories in Iraq and Syria by reestablishing control over the border between the two countries. Last year, the militants lost control over the shortest route between Raqqa and Mosul, two Daesh capitals in Iraq and Syria, when the Kurds pushed them out of Sinjar.

Earlier this year, in February, the Syrian Democratic Forces recaptured the town of al-Shaddadah, alternatively spelled as Al-Shaddadi, which Daesh also used to transport fighters, weapons and supplies between Iraq and Syria. Russian warplanes were instrumental in this victory.

The operation against the foreign-sponsored insurgency in Syria has also helped Damascus to recycle some of its aging ammunition, while Russian forces were able to showcase cutting-edge weapons. "It's no secret that Syria's air-delivered bombs are not new. A large amount of ballistic and concrete-piercing bombs were produced in the Soviet era," the Russian website Ruposters explained.