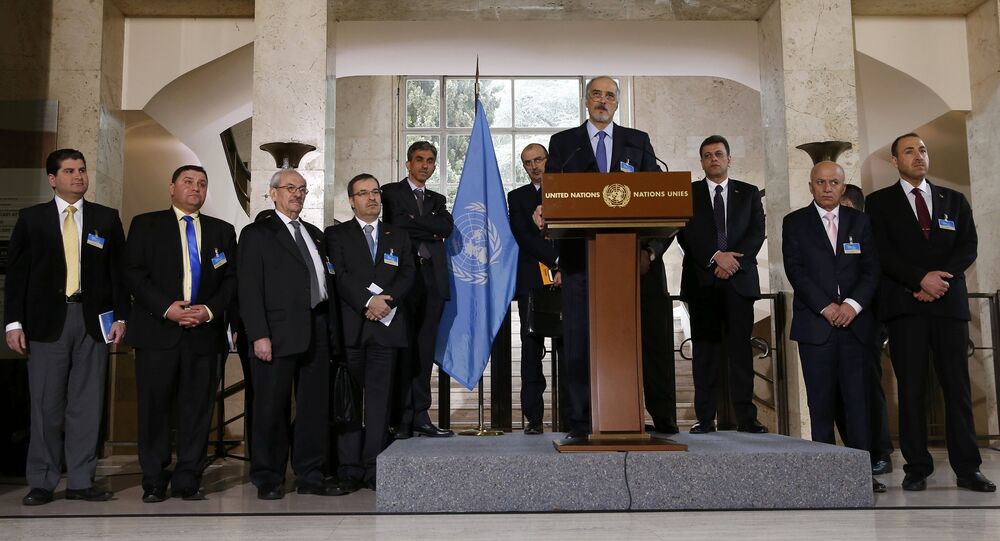 © AP Photo / Philippe Desmazes
Damascus Insists on Solid Format of Indirect Talks With Opposition
Similar remarks are considered, according to the Security Council resolutions 1924, 1989, 2178, 2199, a violation of the Security Council's will to combat terrorism, he noted.

"Such statements are considered, according to the SC resolutions, an incitement to terrorism. Anybody who does that should be held accountable to the SC for not behaving responsibly," Jaafari stressed.