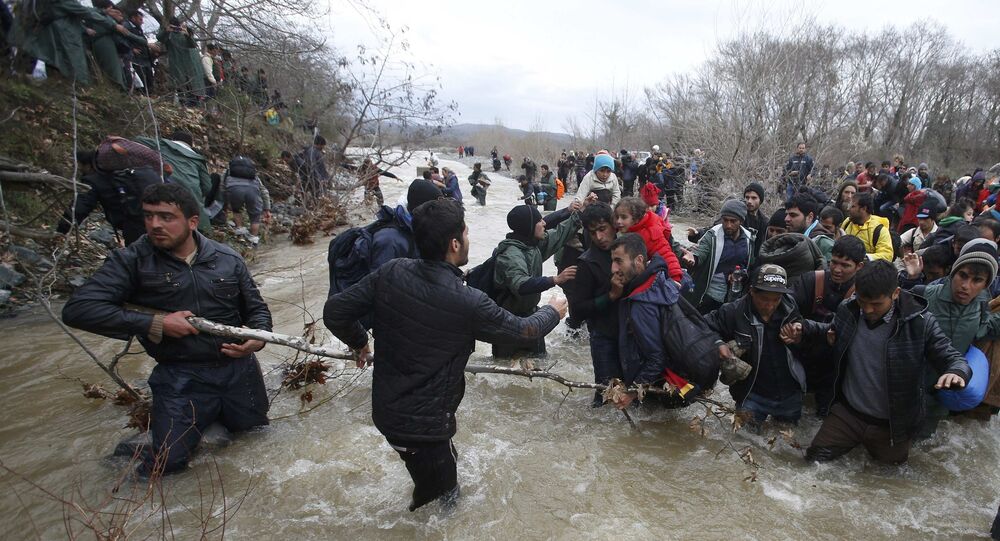 ANKARA (Sputnik) — On March 7, EU-Turkey summit resulted in Ankara's demand for an additional three billion euros from the European Union to deal with migrants on top of the earlier 3-billion-euro EU pledge. In exchange for the additional funding, Turkey proposed a set of measures to deal with the refugee influx. On March 17-18, a final agreement between the European Union and Turkey is expected to be announced at the next EU-Turkey summit.

"In addition to the three billion euros, that have already been allocate, the allocation of additional six billion of euros in the next three years to accept refugees will be discussed at the summit," Davutoglu said Tuesday during a joint press conference with European Council President Donald Tusk.

He added that Ankara gave priority to the humanitarian dimensions of migration crisis.

Europe is beset by a massive refugee crisis, with hundreds of thousands of refugees fleeing conflict-torn countries in the Middle East and North Africa. The majority of them come to Europe across the Aegean Sea from Turkey.