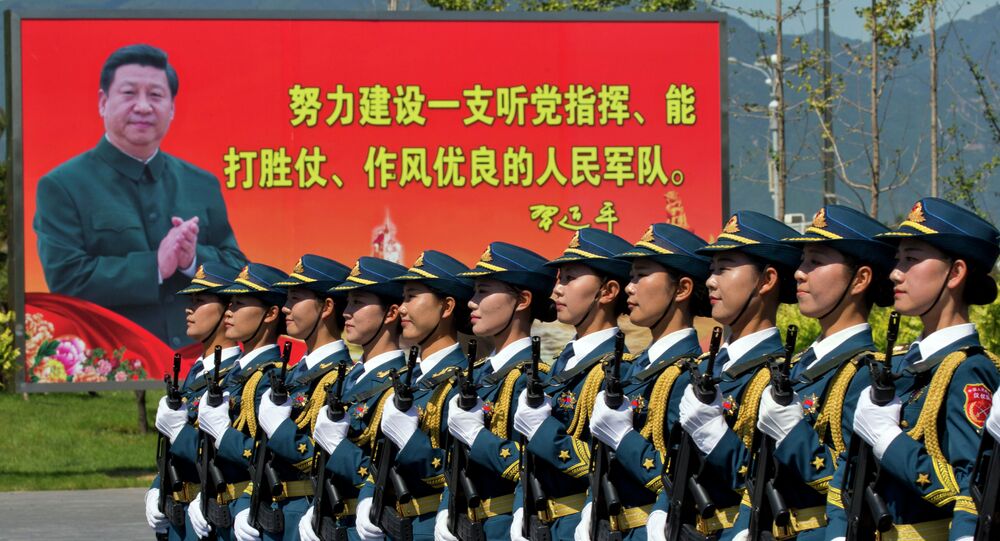 How China Has Taken a Giant Leap Toward Gender Equality

While Western experts never miss an opportunity to criticize China for domestic violence cases or gender inequality issues, they usually ignore the fact that the country has made a giant leap from a feudal realm to a modern developing state over the last hundred years, US activist Caleb Maupin stresses.

© Sputnik / Alexander Vilf
A Hundred Years of Humiliation: How Western Powers Ruined Chinese Empire
It is no secret that Western observers and sociologist never lose an opportunity to point the finger at developing nations for not complying with human rights principles or the democratic values promoted by Western civilization.

However, these experts often ignore the historical background of the nations, which actually have made a long journey from feudal or even tribal societies to modern statehood in a relatively short period of time.

In this light China is a vivid example of a rapidly evolving society.

In his Op-Ed for New Eastern Outlook Caleb Maupin, a New York-based political analyst and social activist, draws attention to the recent article by The New York Times, which denounces domestic violence and gender inequality in China.

"News reports that women across China are applying for and receiving spousal protection orders from courts since the Anti-Domestic Violence Law took effect on March 1 showed that they were seizing new opportunities to ensure their safety," the media outlet states.

The Guardian describes the matter much in the same vein, noting that laws and customs remain discriminative against women in China, leaving them "at a glaring economic disadvantage."

The Western media's failure to carry out a retrospective study of the issue is a serious omission, according to Caleb Maupin.

"The recent crackdown on spousal abuse is yet another step in the Chinese leadership's near century-long effort to improve the status and conditions of women. Since its inception, the Chinese Communist Party has sought to reverse the patriarchal traditions and attitudes that have been instilled in Chinese culture over the course of centuries," the social activist underscores.

© Sputnik / Anton Denisov
Trump Applauds China as ‘Strong’ for it’s Role in Tiananmen a ‘Riot’
Let's take a look at pre-revolutionary China, the expert underscores. At that time the feudal country was known for its horrific and brutal practices toward women. The most glaring example is "foot binding" — the custom to crush young girls' feet to prevent their growth.

"Chinese women were the chattel property of their fathers and husbands in the feudal order of the countryside, or forced prostitutes and impoverished wage slaves in urban centers," Maupin narrates.

In contrast the Chinese Communist Party, founded in 1921, sought to abandon the patriarchal traditions and attitudes toward women that had existed in Chinese culture over the course of centuries.

It was a genuine cultural breakthrough for China, the analyst emphasizes.

© AFP 2020 / POOL / SERGEI ILNITSKY
Washington's Vision of Sino-Russian 'Threat' Bears No Relation to Reality
In the 1930s thousands women enlisted as combatants in Mao Zedong's Eighth Route Army fighting against Japanese invaders. But it was only the beginning. Women were granted a level of equality previously unimaginable in Chinese society.

They obtained the right "to own property, to divorce, to vote and even hold public office in peasant associations and local governing bodies," later enshrined in China's constitutions of the 1930s and 1949.

In the 1950s, as China kicked off a series of ambitious projects aimed at industrializing the country, Chinese women became electrical engineers, steelworkers, bricklayers. They also seized the opportunity to obtain higher education and work as scientists and academics.

"Among China's growing number of millionaires and billionaires are many female CEOs. About 2.5% percent of Chinese corporate executives are women, just slightly lower than the 3.2% in the United States. Six Chinese women are listed by Forbes magazine among the top 100 'most powerful women' on earth," he notes, adding that Beijing's policies speak louder than words.

© Flickr / Images Money
De-Dollarization: Is It Time for Renminbi to Shoulder Dollar's Burden?
Indeed, in September 2015 the State Council Information Office of the People's Republic of China issued a white paper on gender equality and women's development in China, providing a thorough overview of the country's women policies.

"Gender equality and women's development is a lasting theme of mankind' s pursuit of equality and justice, a scale for measuring social progress and an important goal in realizing sustainable development in our world," the white paper states.

Surprisingly, while Washington and its allies point the finger of blame at China for alleged human rights abuse, they at the same time turn a blind eye to feudal Middle Eastern regimes' glaring misdeeds.

Of course, not everything is rosy in the garden of Chinese society, Maupin remarks. But still it is undeniable that the country has made a giant political, technological and cultural leap over the past hundred years.