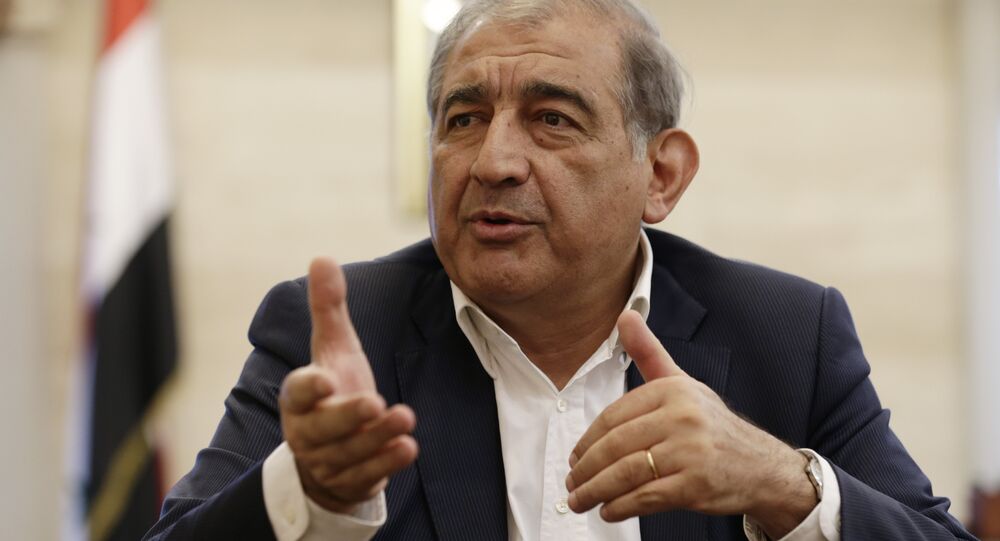 One of the leaders of the Syrian Popular Front for Change and Liberation Qadri Jamil said that talking about truce and Syria’s future without the Kurdish element is not serious.

© AFP 2021 / DELIL SOULEIMAN
Lavrov: Refusal to Invite Kurds to Syria Peace Talks to Feed Separatism
GENEVA (Sputnik) — Discussing the future of Syria without the participation of Kurds in the reconciliation talks is not serious and feeds extremism and talks on federalization, a member of the Syrian opposition delegation formed after meetings in Moscow and Cairo and one of the leaders of the Syrian Popular Front for Change and Liberation Qadri Jamil told Sputnik on Sunday.

"Talking about truce and Syria’s future without the Kurdish element is not serious. It feeds extremism, talks about federalization and secession from Syria," Jamil said.

Also Jamil stated that UN Envoy for Syria Staffan de Mistura will simply fulfill his obligations if he invites Kurds to Syria reconciliation talks in Geneva.

"There is a list but not all of them have been invited, that’s why if he [UN Envoy for Syria Staffan de Mistura] invites the Kurds, then he will simply fulfill obligations that he has taken upon himself. There is no need to expand the list of participants. Those who were put on the list initially should be invited," Jamil said.

The distribution of power between Syria's future government, parliament and president is expected to be discussed by the participants of the Syria peace talks in Geneva, according to Qadri Jamil.