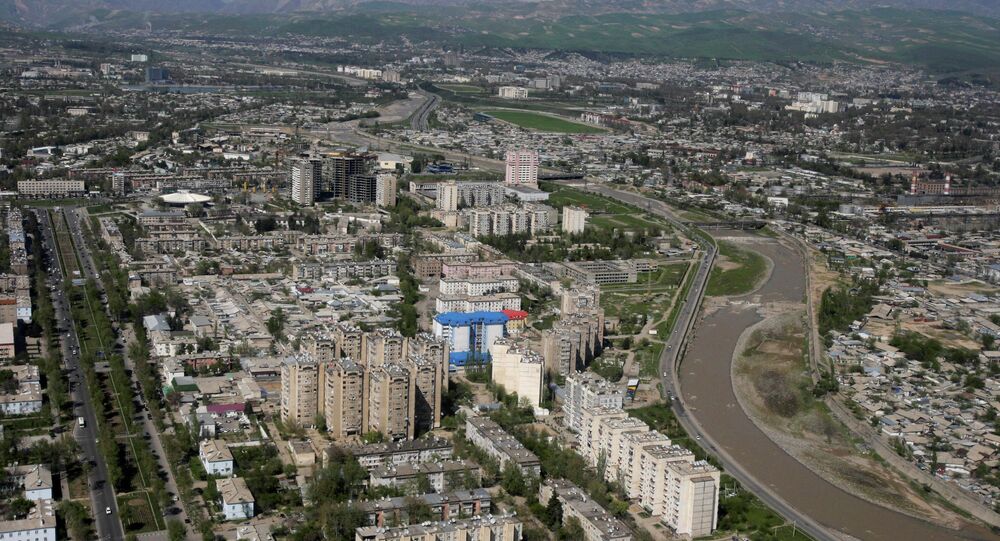 Washington Wants to Pour Millions of Dollars in This Country

US warhawks have focused their efforts on the further encirclement of Russia, US author Jonathan Marshall writes, adding that Washington is taking aim at Russia's "underbelly."

The Great Game for dominance over Central Asia that started almost two hundred years ago is far from being over, American author Jonathan Marshall notes; this time, Washington is maneuvering to beef up its military presence "on Russia's underbelly."

"Last month, the Pentagon announced plans for $50 million in new military aid to Central Asia — with a focus on Tajikistan — to 'counter the Taliban, ISIL [an acronym for Islamic State], and other regionally-based terrorist groups, and to promote stability in the region.' The aid will also help the US military get its feet in the door by enabling 'interoperability and collaboration' with local partner armed forces," Marshall writes in his article for Consortiumnews.com.

© AFP 2020 / STAFF
Russian Ties in Central Asia Threaten US Interests - CENTCOM Chief Nominee
To complicate matters further, the initiative has been kicked off amid NATO's military buildup in the Baltics and Eastern Europe. The alliance is providing substantial military aid to Ukraine and Georgia and holding joint military drills in close proximity to Russia's border on a regular basis.

Washington's Central Asian pivot is no news: after the collapse of the USSR the US jumped at the opportunity to establish close ties with former Soviet Republics in the region.

In December 2001, the US Air Force opened a military base in Manas, Kyrgyzstan, in order to support the Pentagon's military operations in Afghanistan. The base also became a transit point for US military servicemen.  However, in early June 2014 all US military forces withdrew from the region.

"The new military aid program, if approved by Congress, aims to offset reverses suffered by Washington in the region in 2014. That year the government of Kyrgyzstan closed a major US air base, which had been implicated in notoriously corrupt dealings with the country's former president," the author narrates, adding that Kyrgyzstan also joined the Eurasian Economic Union and abolished an aid agreement with Washington.

However, Tajikistan has strong ties with other Eurasian players, including Russia, Pakistan and China. In light of this it is by no means certain that Washington will be able to win over the country's leadership.

"Tajikistan is already a member of the Shanghai Cooperation Organization, which promotes military cooperation and intelligence sharing with China, Russia and other member states," Marshall elaborates.

"Tajikistan is also a key transit country for a huge new gas pipeline slated to run from Turkmenistan to China. China's longer-run plans call for Tajikistan to become the first link in a planned commercial route from China to Europe's markets, called the Silk Road Economic Belt," the US author stresses.

Moreover, Moscow still enjoys "the strongest presence" in the country with several thousand troops deployed to ensure border security. Russia is planning to spend about $1.2 billion to train and equipment Tajikistan's army: by doing this the Kremlin hopes to prevent Afghani Islamists from penetrating into Russia.

However, neither Washington, nor Brussels is going to give up, the author stresses.

In addition to the Pentagon's latest offer "the European Union, also hoping to wean Tajikistan away from Russia, pledged 251 million Euros for development funding."

Marshall believes, however, that the project makes little if any sense:

"From the US perspective, perpetuating our mindless military competition with Russia in such distant lands is both counterproductive and inhumane. It's time for Washington to stop playing the Game."

Who is to Blame for Moscow and Washington's Protracted Cold Spell?