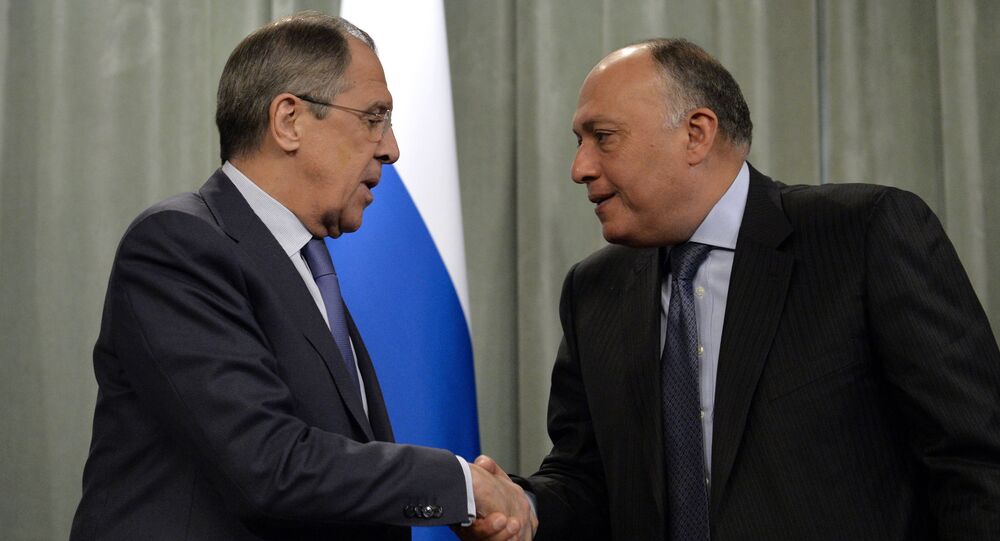 The top diplomats of Russia and Egypt will discuss the crises in Syria, Libya, and Yemen during Sameh Shoukry’s visit to Moscow.

MOSCOW (Sputnik) — Russian Foreign Minister Sergei Lavrov will discuss with his Egyptian counterpart the crises in Syria, Libya, and Yemen during an official visit to Moscow on March 16, Egyptian Ambassador to Russia Mohamed Elbadri told Sputnik on Friday.

"During the political consultation in Moscow, the foreign minister of Egypt will discuss the resumption of Russian flights, regional issues, the current situation in Syria, Libya and Yemen and the further development of bilateral relations,” Elbadri said.

According to the diplomat, the agenda of Sameh Shoukry’s visit has not been finalized yet, but he is also slated to meet the speaker of the lower house of Russian parliament, Sergei Naryshkin.

On October 31, a Russia-operated Airbus A321 crashed en route from the Egyptian resort of Sharm el-Sheikh to St. Petersburg. All 224 people on board the plane were killed in a terrorist attack. Soon after the catastrophe, Russia suspended all passenger flights to and from Egypt, citing security concerns.

Russia Undeterred in Plans to Open Consulate in Egypt’s Hurghada