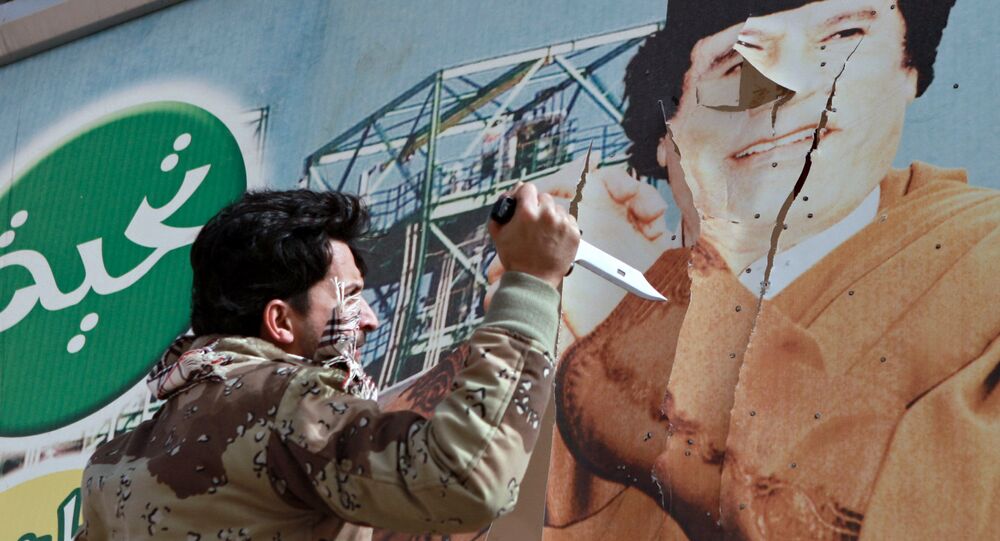 The United States intervention in Libya was ineffective and has left the country in a disaster, President Barack Obama said in an interview released by a US media outlet on Thursday.

WASHINGTON (Sputnik) — In 2011, the Obama administration supported the use of NATO air power in Libya to ensure that Islamist rebels topple then leader Muammar Gaddafi after a popular Arab Spring revolt took place. However, since Gaddafi’s death, the influence of extremist Islamist groups in the country has steadily grown.

"It didn’t work," Obama said of the 2011 US intervention in Libya in an interview with The Atlantic Magazine. "The social order in Libya has broken down."

© Sputnik / Andrey Stenin
Gaddafi's Cousin: Libya Ruined and 'Humiliated' After NATO Invasion
Obama noted that Washington could have not acted then, but realized it would become a US problem if "complete chaos and civil war" unleashed in Libya.

After being pressured by European Union and Persian Gulf countries, who despised Gaddafi, Obama said he decided to act and built an international coalition against the Libyan leader.

However, Obama expressed frustration at countries’ habit to push the United States to act and then show unwillingness "to put any skin in the game."

© AP Photo / Christophe Ena
Clinton Emails: Adviser Accused France of Bombing Gaddafi for Libyan Oil
"So we actually executed this plan as well as I could have expected: We got a UN mandate, we built a coalition, it cost us $1 billion — which, when it comes to military operations, is very cheap. We averted large-scale civilian casualties, we prevented what almost surely would have been a prolonged and bloody civil conflict. And despite all that, Libya is a mess," Obama pointed out.

Since the fall of Gaddafi, instability in Libya has caused the emergence of two rival governments as well as of several militant groups, such as the Islamic State, which is also known as Daesh.