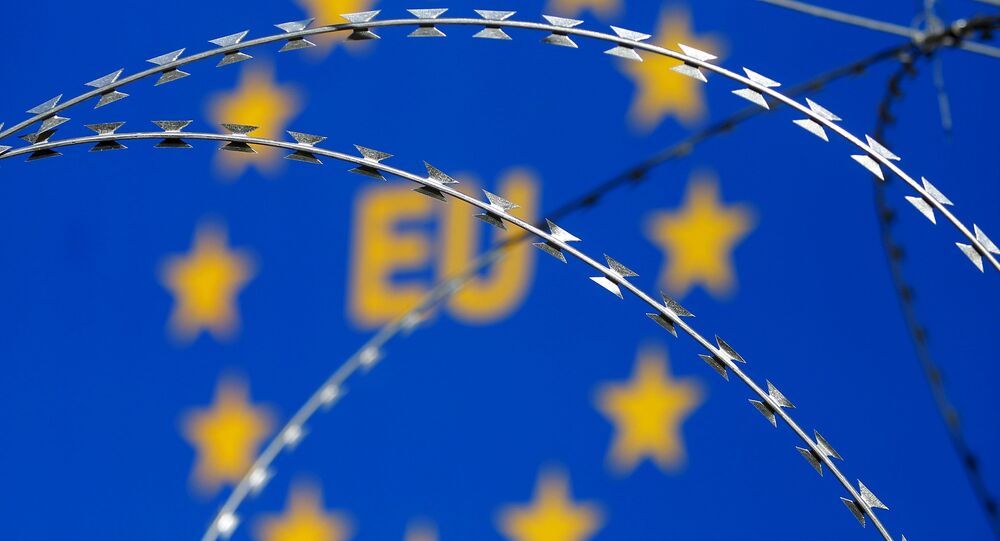 Brussels and the World Bank will control how the 3 billion euros ($3.3 billion) it has allocated to Turkey to tackle the refugee crisis is spent, Turkey's Minister of European Union Affairs Volkan Bozkir said Thursday.

ANKARA (Sputnik) — The Turkish minister added that that the number of refugees relocated from the bloc to Turkey would total dozens of thousands, not hundreds of thousands as reported.

"Once the money has been fully wired, how it is spent will be controlled by the EU representative in Turkey or through the World Bank. There are different options, we are working on them," Bozkir told the Turkish Anadolu news agency in an interview.

© REUTERS / Yannis Behrakis
Refugees to Lose Chance of Getting Protection Status If Sent Back to Turkey - UNHCR
The EU-Turkey refugee plan to readmit migrants applies only to those refugees who enter the bloc after the deal has come into effect, according to Bozkir.

On Monday, Brussels and Ankara negotiated a preliminary deal on migrants under which Turkey pledged to stem the flow of Syrian refugees to the European Union, in exchange for $3.3 billion to cover the associated costs, as well as the speeding up of its EU accession bid.

A final agreement between the European Union and Turkey is expected to be reached by the next summit on March 17-18.