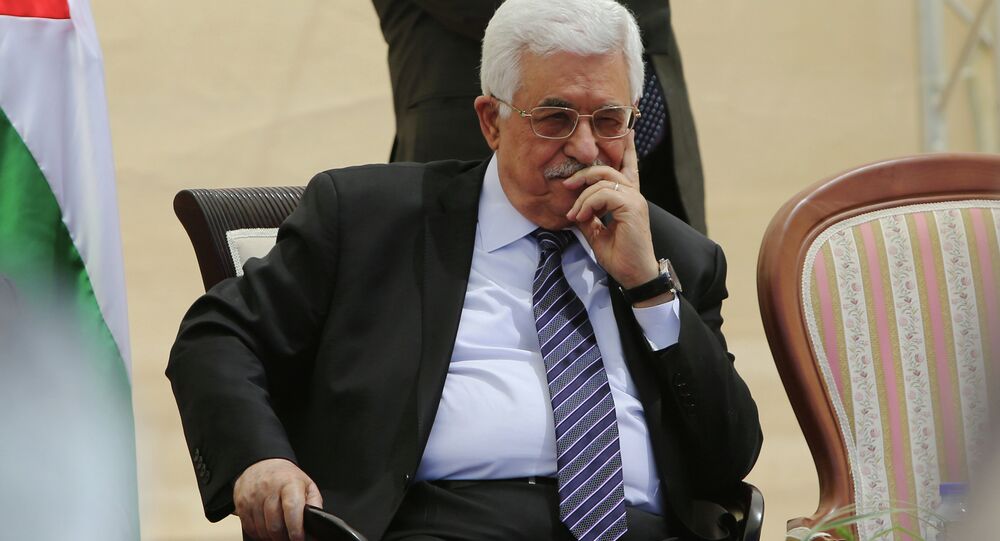 MOSCOW (Sputnik) – Biden called on the Palestinians to recognize Israel as a Jewish state, stressing the importance of a two-state solution.

"The status quo has to break somewhere along the line here in terms of a two-state solution," Biden said as quoted by The Jerusalem Post on Thursday.

Abbas highlighted the need to combat terrorism and told Biden that Israel has killed 200 Palestinians in the past five months.

Biden also warned against steps both on the part of Israel and Palestine to undermine trust.

"Even though it may be hard to see the way ahead, we continue to encourage all sides to take steps to move back toward the path to peace – not easy – and for the sake of Israel, and I might add, for the sake of the Palestinians," Biden said as quoted by The Jerusalem Post.

The US vice president is currently visiting Israel where he also met with Israeli Prime Minister Benjamin Netanyahu and the country’s President Reuven Rivlin.

The decades-long conflict between the Palestinians and Israelis has recently seen increased tensions. On Tuesday, a series of knife and gun attacks by Palestinians took place in three Israeli cities, namely Jaffa, Petah Tikva and Jerusalem. The assailant, a Palestinian man, was shot and killed after he stabbed 11 people in the Jaffa port area of Tel Aviv. A US tourist was later confirmed to have died in the attack.

Palestinians seek diplomatic and economic recognition for their independent state on the territories of the West Bank, including East Jerusalem, partially occupied by Israel, and the Gaza Strip. Israel has been building settlements on the occupied territories, despite objections from the United Nations.

US State Secretary to Meet Palestine's Abbas in Jordan