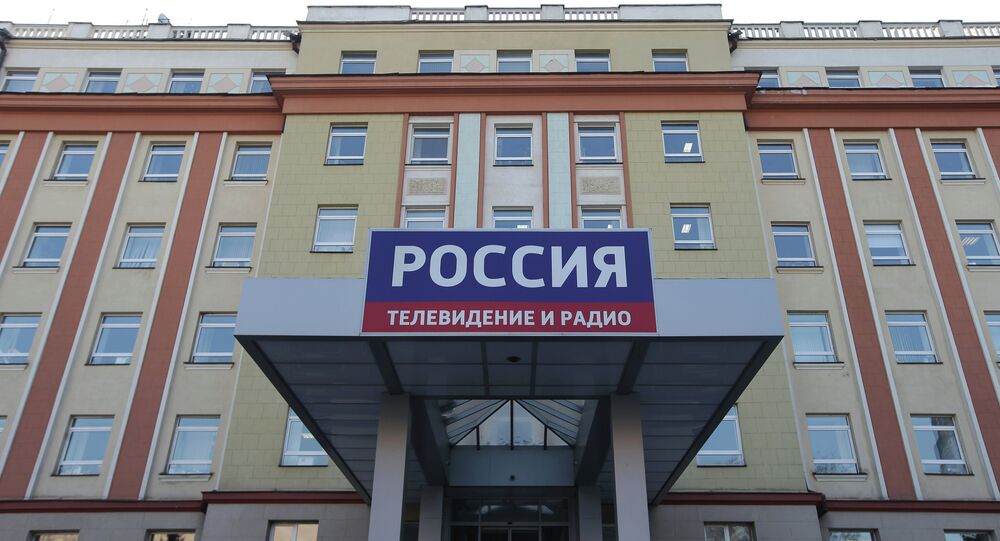 Lithuania plans to deport the All-Russia State Television and Radio Broadcasting Company (VGTRK) behind allegations of "a possible threat to national security," the broadcaster said Wednesday.

© Sputnik / Kirill Kallinikov
Russia to React If Moldova Continues Banning Journalists From Entry
MOSCOW (Sputnik) – On Tuesday, the VGTRK crew was barred from attending the third annual Russian forum organized by the Lithuanian Foreign Ministry in the Vilnius suburb of Trakai.

"Lithuanian leaders decided to deport VGTRK journalist Pavel Zarubin and crew that worked with him in Vilnius," the broadcaster’s vesti.ru online outlet reported.

Zarubin was cited as saying he and the crew were under the supervision of Lithuanian migration officers inside their hotel.

"The official reason behind the deportation is a possible threat to Lithuania’s national security. The case in question is VGTRK correspondents’ attempt to interview Russian citizens taking part in the free Russia forum," the outlet noted.

Vilnius district police confirmed on Tuesday that security guards prevented Zarubin and his crew from access to the forum, saying that police were contacted "because unaccredited journalists attempted to gain entrance to the event."

VGTRK cited Lithuanian migration officials as saying they planned to deport Zarubin and crew on a first Vilnius-Moscow flight.