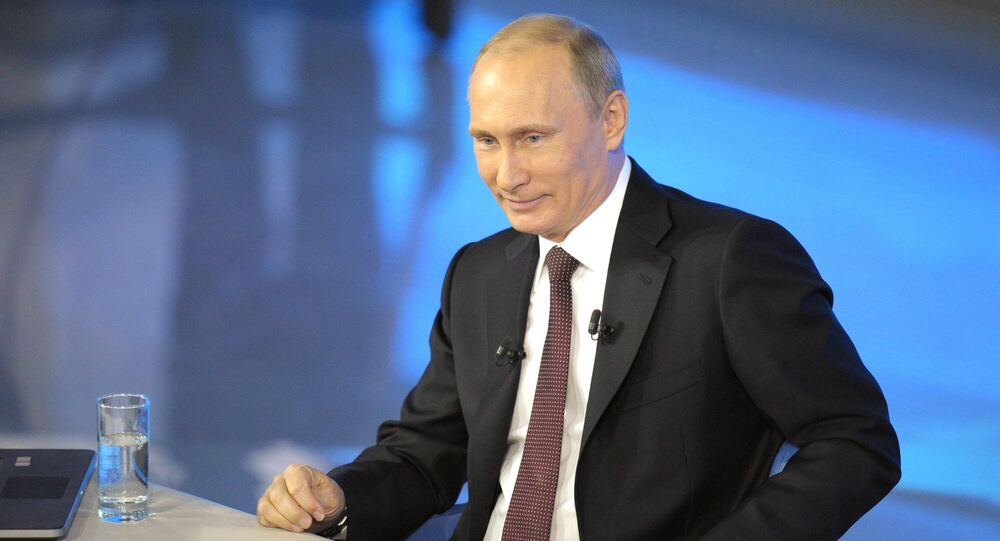 Imposing sanctions against Russian President Vladimir Putin is an "absurd" idea, Czech lawmaker Jiri Mastalka said. According to him, the initiative will bury the fragile peaceful process in Ukraine and Syria.

"Imposing sanctions against a head of state would mean a deadlock in dialogue with Russia. If sanctions are introduced only the Russian Foreign Minister will be able to take part in international talks. Amid the current tensions, preventing the Russian leader from participating in the Syrian negotiations or in the Ukrainian settlement equals paralyzing the peace process," he explained.

According to the lawmaker, such an "absurd" move is nothing but an attempt to emphasize the anti-Russian approach of the European Parliament.

In turn, the Kremlin reacted to the initiative, calling it an attempt to interfere in the court processes which are "underway in strict accordance with the Russian legislature."

According to Mastalka, the European Parliament has realized that the sanctions Brussels has imposed against Russia over Ukraine are not effective and its lawmakers are using the case of Savchenko to voice their anti-Russian stance.

A group of European lawmakers has called for EU chief diplomat Federica Mogherini to impose personal sanctions against Russian President Vladimir Putin and another 28 individuals over the case of Ukrainian national Nadezhda Savchenko.

The appeal was posted on Twitter by Polish lawmaker Jacek Saryusz-Wolski on March 8.

© Sputnik / Michael Klimentyev
EU Parliament Confirms Suggesting Anti-Putin Sanctions Over Savchenko Trial
Savchenko is currently on trial for the murder of two Russian journalists during the conflict in eastern Ukraine. Russian prosecutors demand that the Ukrainian national be sentenced to 23 years in jail, while her defense team argues she is innocent. Savchenko has pleaded not guilty. The court ruling is due on March 21-22.

"This move is a real scandal," Jiri Mastalka, a Czech lawmaker of the European Parliament, told Sputnik.

Putin's Achievement: Syria 'Rising Like a Phoenix From the Ashes'