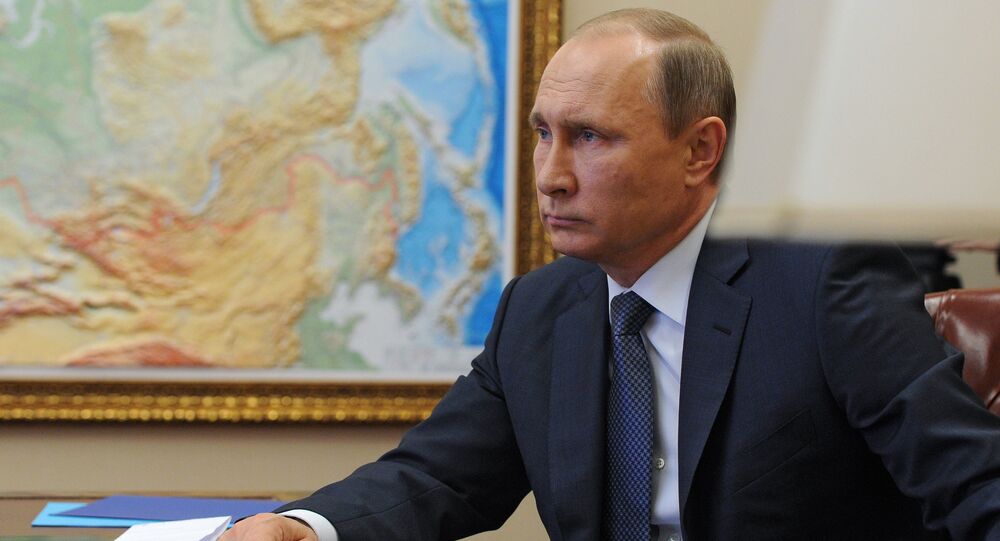 BRUSSELS (Sputnik) — Earlier, a Polish lawmaker posted on his Twitter an appeal on behalf of a number of members of the European Parliament to EU foreign policy chief Federica Mogherini calling for personal sanctions against Russian President Vladimir Putin and 28 other persons in connection with the case of a citizen of Ukraine Nadezhda Savchenko.