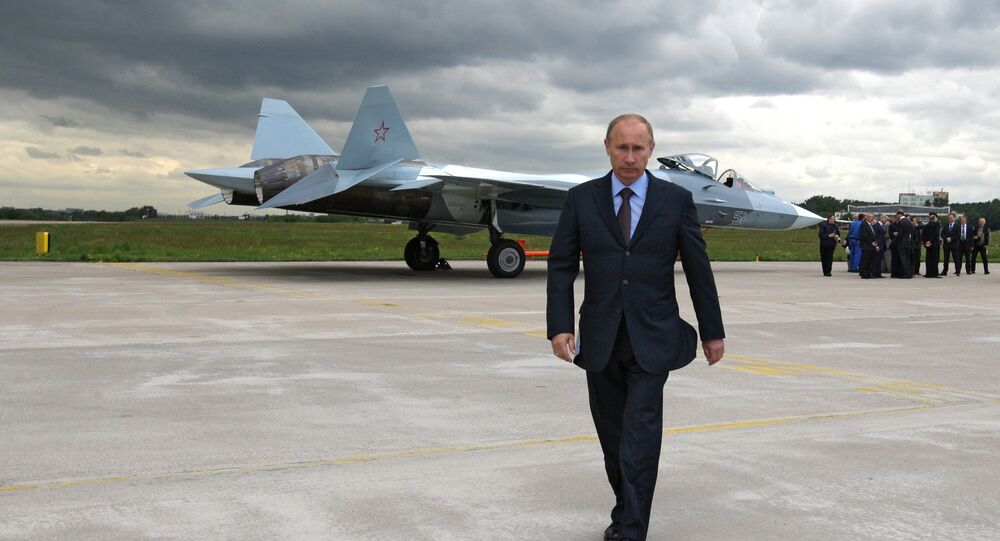 Putin's Achievement: Syria 'Rising Like a Phoenix From the Ashes'

Six months ago many thought that Bashar al-Assad would soon be overthrown and the West would establish a "puppet regime" in Syria, but Russia's involvement has helped the war-torn country to "rise like a phoenix from the ashes," Czech Free Press asserted.

"Russia has scored a major victory and gained respect of the whole world," the publication noted, referring to Moscow's anti-Daesh campaign, as well as its diplomatic efforts to resolve the Syria crisis.

The media outlet called the nascent peace process in Syria "Putin's victory," adding that Damascus "was and would continue to be an obstacle" in the West's campaign aimed at countering Russia. Moscow and Washington have recently brokered a ceasefire. The UN-sponsored intra-Syrian peace talks and elections are expected to follow if all major stakeholders observe the truce.

Despite grim predictions, Syria "has not become a second Afghanistan for Russia," the publication observed. In fact, Moscow's aerial campaign has been hailed as a success since its early days.

The operation has helped to change the facts on the ground. In the last few months, the Syrian Arab Army, assisted by Russian warplanes and local allies, has managed to turn the tide of war by making gains against Daesh, al-Nusra Front and other terrorist groups in key provinces. Despite foreign support, the militants appear to be losing.

This is not the only positive development for Moscow. The Qatari gas pipeline project was not launched, "sales of Russian-made weapons have soared and the capabilities of the Russian Armed Forces have been rated highly," the media outlet observed.

© Sputnik / Mikhail Voskresenskiy
'Realistic Dream': Syrian Rebels Could Side With Damascus to Defeat Daesh
Many have linked the Qatari project aimed at building a gas pipeline through Saudi Arabia, Jordan, Syria and Turkey to the foreign-sponsored insurgency in Syria.

In February, radio host, attorney and nephew of US President John Fitzgerald Kennedy, Robert F. Kennedy Jr. asserted that Washington decided to overthrow al-Assad using seasoned jihadist fighters when the Syrian president refused to back the Doha initiative. These events took place two years prior to the Arab Spring uprising in Syria.

"Not coincidentally, the regions of Syria occupied by [Daesh] exactly encompass the proposed route of the Qatari pipeline," he observed.

Dreadful Premonition: Is ‘US Plan B on Syria a WWIII'?

Torn Apart: What Lies Behind Washington’s 'Plan' B for Syria