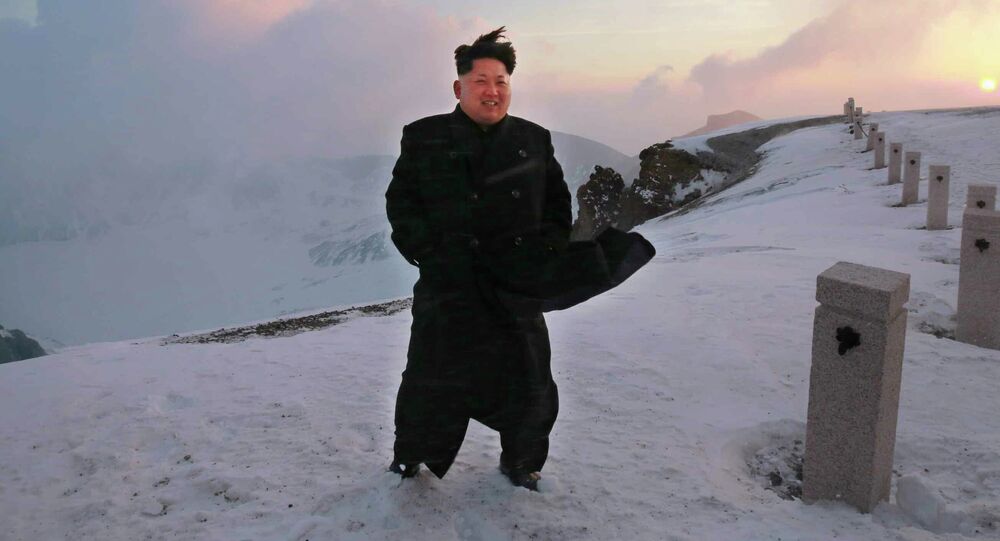 "My understanding is that based on the sanctions that have been put in place, they are not sanctions that target him [Kim Jong Un] personally," Earnest stated when asked whether the new sanctions would target the North Korean leader.

© AFP 2021 / Ed Jones
US Sanctions Senior N Korean Government Officials, Army’s Top Commander
The sanctions imposed by the resolution are slated to affect multiple sectors of North Korea's economy, make all cargo going to and from the country subject to inspection and limit or prohibit the nation's export of coal, iron, gold, titanium and rare natural minerals. The resolution also bans conventional arms sale as well as delivery of aviation and rocket fuel to Pyongyang.

On January 6, North Korea said it had successfully carried out a hydrogen bomb test, which triggered a wave of condemnation from the international community. On February 7, Pyongyang conducted its fourth nuclear test, and launched a ballistic missile in February in violation of the Security Council resolutions.