The Obama administration welcomes the UN Security Council’s expansion of sanctions on North Korea for its recent nuclear activity, which was possible with the help of the international community including Russia and China, White House spokesperson Josh Earnest said in a press briefing on Wednesday.

"We welcome this unanimous resolution as a firm, united and appropriate response from the international community including China and Russia to North Korea's recent provocations," Earnest said. 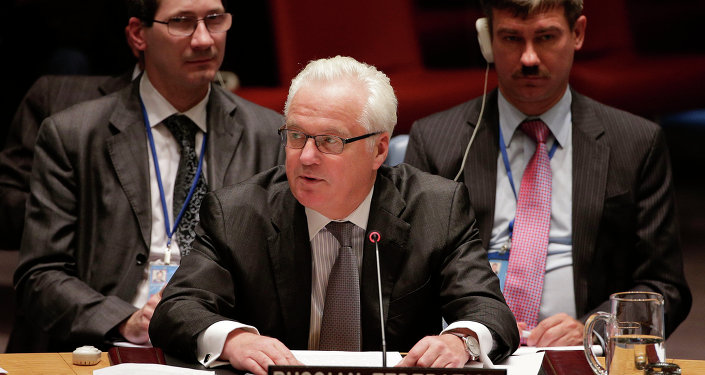 © AP Photo / Julie Jacobson
UNSC Resolution on N Korea Allows Pyongyang to Return to Denuclearization Talks - Russia's Envoy
The sanctions imposed by the resolution are slated to affect multiple sectors of North Korea's economy, make all cargo going to and from the country subject to inspection and limit or prohibit the nation's export of coal, iron, gold, titanium and rare natural minerals. The resolution also bans conventional arms sale as well as delivery of aviation and rocket fuel to Pyongyang.

US Ambassador to the UN Samantha Power said on Tuesday that the resolution introduces the strongest set of sanctions imposed by the United Nations in the past 20 years.

© AP Photo / Susan Walsh
Kerry: UNSC Resolution on N Korea Has Toughest Sanctions in Over 2 Decades
On January 6, North Korea said it had successfully carried out a hydrogen bomb test, which triggered a wave of condemnation from the international community. On February 7, Pyongyang conducted its fourth nuclear test, and launched a ballistic missile in February in violation of the Security Council resolutions.

The Obama administration says it is still unclear how North Korea will respond to the UN Security Council’s expansion of sanctions on the country for its latest nuclear related activities, Earnest said.

"As it relates to the expectations of the North Koreans and what potential reaction they may have, there's not a lot of clarity about that," Earnest said when asked whether Washington expects Pyongyang to retaliate in response to the new sanctions.

Earnest noted that the United States was mindful of any additional steps that might be taken to ensure better protection for the country and its allies.