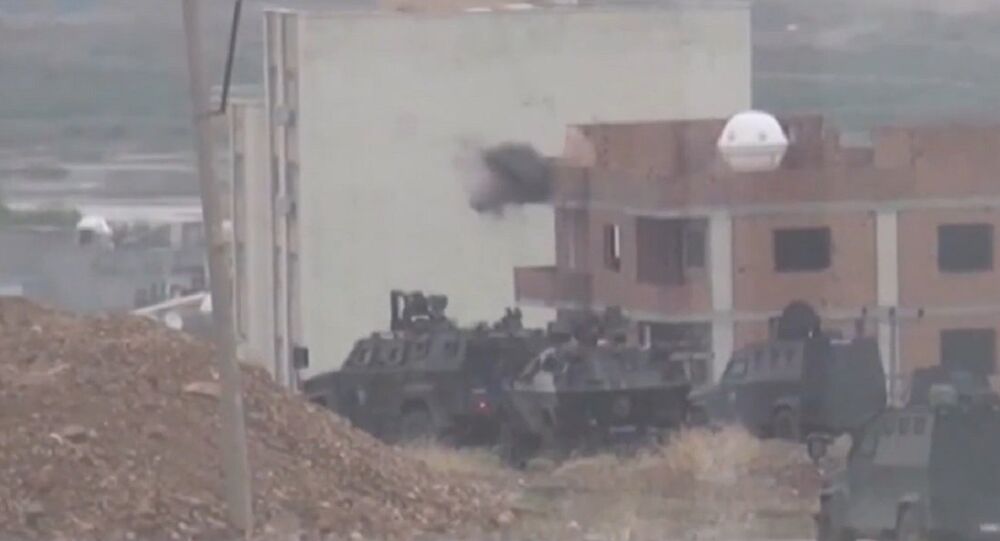 MOSCOW (Sputnik) – Kurdish politicians believe it is necessary to bring the issue of Turkey’s Kurdistan before the UN Security Council and is working with Russian diplomats on this, Kurdistan National Congress spokesman Selahattin Soro said Tuesday.

“We would like for Russia to bring this issue at the UNSC and so that the Security Council makes a resolution. We are working on this with Russian authorities and diplomats,” Soro told RIA Novosti in an interview.

© AFP 2021 / ILYAS AKENGIN
Turkey's 'Hidden War' Against Kurds May Be Deadlier Than Syria
The death toll during special operations in Turkey’s Kurdistan could reach upwards to 5,000 people, Soro said.

Turkish authorities enforced a curfew in a number of Kurdish regions in the country’s southeastern regions in December.

“According to our figures, around 5,000 have died if we count everyone, including civilians, Kurdish militants, police, and soldiers,” Soro told RIA Novosti in an interview.

He said that the official numbers of victims are not precise.

“I think these numbers are lowered. Just in the city of Cizre [in eastern Turkey], there were several reports of hundreds of Kurdish activists who came under fire. Actually, there aren’t any precise numbers, the Turkish authorities don’t allow the collection of these data and don’t share the information with anyone else,” Soro said.