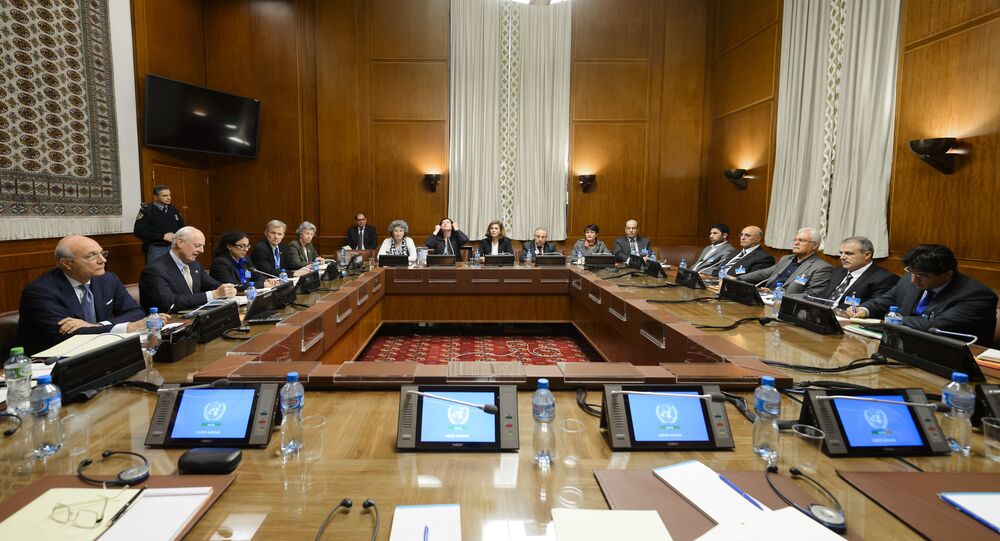 The Syrian opposition's High Negotiations Committee (HNC), which is backed by Saudi Arabia, will take part in the next round of the peace talks in Geneva, committee spokesman Riyad Agha told Sputnik on Wednesday.

© AFP 2020 / Fabrice Coffrini
Syria Peace Talks Postponed as Saudi-Backed Opposition Threatens to Boycott
MOSCOW (Sputnik) — Earlier in the day, a member of the Syrian opposition group formed following meetings in Moscow and Cairo told Sputnik that the Syrian peace talks had been postponed until March 1 as the HNC threatened to boycott them.

"Of course, we intend to participate. The delegation will be the same as at the first meeting," Agha said.

The Syrian peace talks were expected to restart in Switzerland on February 25 after the previous round failed in Geneva on February 3.

The Syrian opposition's High Negotiations Committee has sent remarks to the United States regarding the proposed mechanism for cessation of hostilities in Syria, Agha told Sputnik.

"The HNC has studied the agreement reached by Russia and the United States on a truce in Syria, we assessed it as positive. In order to achieve more success in Syria, we have made a few comments which will be taken into account… These remarks are outlined in a letter which may already have been delivered to the United States," Agha said.