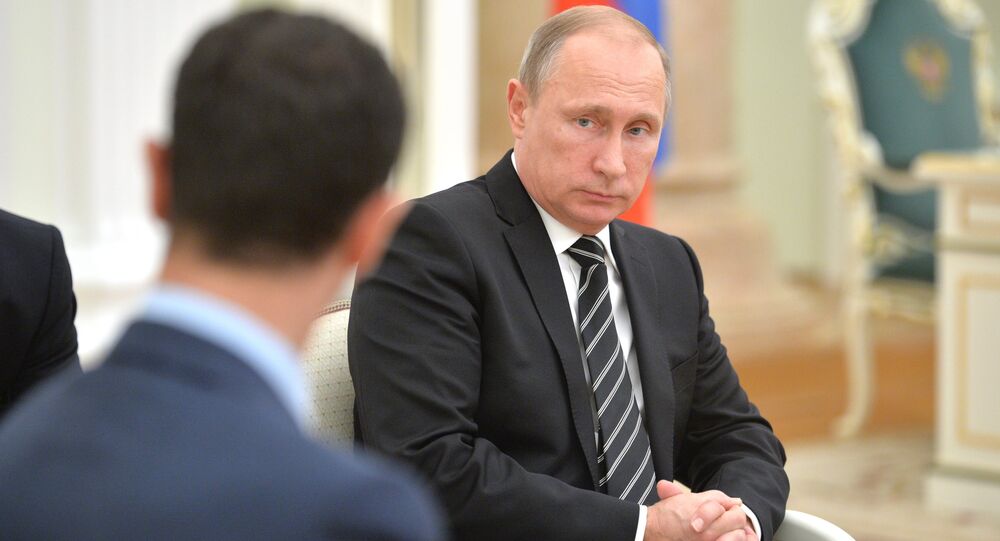 © REUTERS / Kayhan Ozer/Pool
Why US-Russian Deal on Syria Ceasefire is a 'Victory for Both Sides'
MOSCOW (Sputnik) — The phone talks have been held two days after Russia and the United States announced an agreement on the cessation of hostilities between the Syrian government and armed opposition factions in the country. The agreement will come into force on February 27.

© REUTERS / SANA/Handout via Reuters
Deal With It, Erdogan: Assad is Not Going to Fall Anytime Soon
The two leaders noted the importance of continuing the fight against Daesh, al-Nusra Front, and other groups designated as terrorist organizations by the UN Security Council.

Assad welcomed the recent Russia-US statement on cessation of hostilities in Syria as an important step toward political settlement, the Kremlin added.

"Assad described the proposals outlined in the document as an important step toward political settlement."