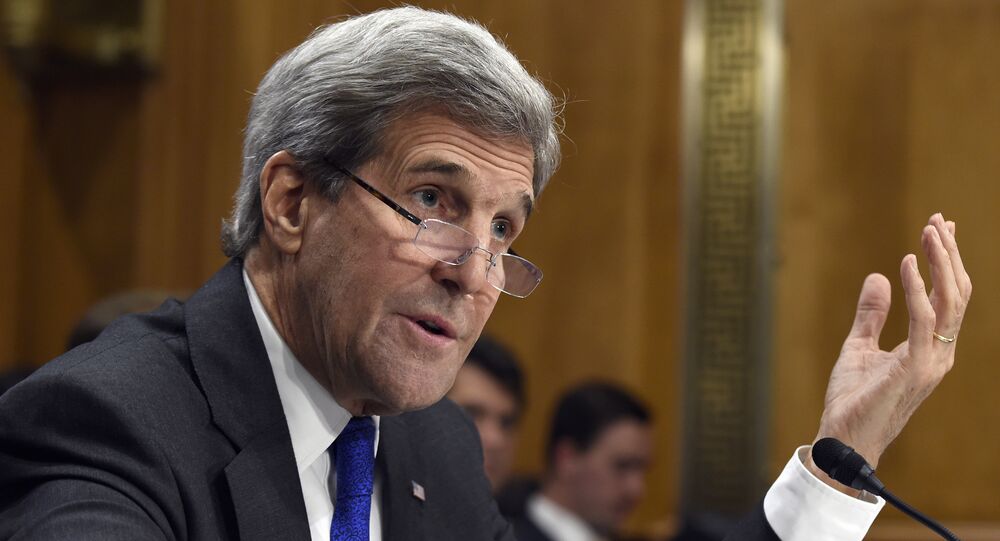 The Obama administration is looking at additional options in Syria in the event the recently negotiated cessation of hostilities as well as political transition process do not succeed, US Secretary of State John Kerry told the Senate Foreign Relations Committee on Tuesday.

WASHINGTON (Sputnik) — On Monday, Russia and the United States announced an agreement on cessation of hostilities between the Syrian government of President Bashar Assad and the armed opposition factions had been reached. The agreement will come into force on February 27.

"There is a significant discussion taking place now about a Plan B in the event that we do not succeed at the [negotiating] table," Kerry said of the prospective ceasefire.

© Sputnik / Michael Alaeddin
Kerry: UNSC Needs Russian-Backed Resolution to Settle Syrian Conflict
The ceasefire will include all parties engaged in the Syrian civil war, except for Daesh, al-Nusra Front and other organizations designated by the United Nations as terrorist.

Kerry explained that while he understands the formidable challenges ahead, "this is the moment to try to see whether or not we can make this work, not to find ways to preordain its failure."

Members of the Senate Foreign Relations Committee pressed Kerry to elaborate on the consequences to a party that violates the prospective Syrian ceasefire.

The ISSG is a 17-member body, including Iran, Saudi Arabia and all the permanent members of the United National Security Council. The group previously negotiated a political transition process, including attempts to establish talks between the Syrian government and the country's opposition.

US May Review Refugee Assistance Budget if Funds Insufficient - Kerry