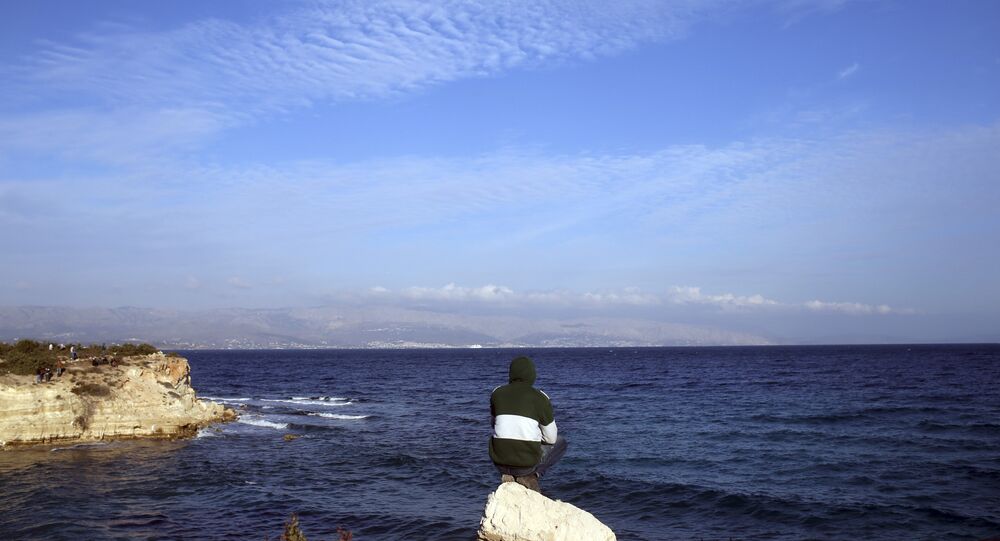 ATHENS (Sputnik) — According to the statement, NATO is "obviously" preparing for a potential ground intervention in the region.

"NATO, get out of the Aegean Sea! We will not allow to turn the Aegean Sea into a NATO base!" the statement, seen by RIA Novosti, urges.

© AFP 2021 / MINISTRY OF DEFENCE / HO
Battle Over the Aegean: The Undeclared Greco-Turkish Air War
Amid a major migrant crisis in Europe, NATO Secretary General Jens Stoltenberg announced on Thursday plans to deploy warships in the Aegean Sea to combat migrant trafficking into the European Union. NATO ships are expected to patrol the maritime border between Turkey and Greece in a bid to control the refugee inflow to the bloc, according to the alliance.

The majority of migrants, predominantly fleeing war and poverty in the Middle East, arrive in Europe through Turkey and many of them choose the sea route. Most refugees travel to the Greek islands before continuing onward to mainland Europe.