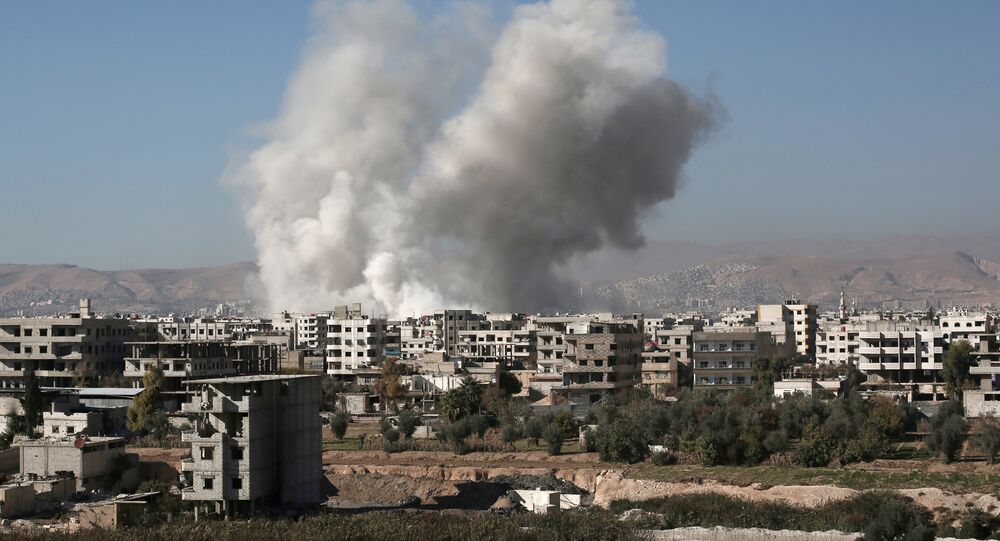 The Art of Cunning: Turkey 'Will Use Others' to Wage 'Proxy War' in Syria

Despite Turkey's apparent determination to crack down on the Kurds in Syria, particularly following last week's deadly bombing, Ankara will likely refrain from launching a direct military intervention into the war-torn Arab country and will instead act through proxies, foreign affairs journalist Sami Kohen wrote for Turkey's Milliyet newspaper.

Recep Tayyip Erdogan, according to the expert, is fully aware of the fact that not a single Ankara's ally, including Washington, will back the AKP's initiative. Moscow's counterterrorism operation in Syria is also limiting Turkey's capabilities.

"It appears that Turkey will try to avoid launching a direct ground operation in Syria. Like other players, Ankara will consider other options of waging a war through proxies," he wrote.

Ankara has been indirectly involved in the deadly Syrian conflict for years. Like other regional and outside stakeholders, it has provided assistance to radical groups, which are trying to overthrow President Bashar al-Assad and establish an Islamic caliphate in Syria.

© AFP 2020 / BULENT KILIC
Turkey 'Has Right to Operations in Syria or Anywhere Else' – Erdogan
In recent months, Turkey has been apparently considering sending ground forces to Syria to ostensibly fight Daesh. Many doubt that if deployed Ankara's forces would actually target the militants, but would instead likely be focused on the Kurds.

Ankara sees the Kurds in Turkey and elsewhere as the key threat to its stability and security. It has carried out a military operation against the Kurdistan Workers' Party (PKK) and any other group the AKP believes are affiliated with it since mid-2015 after a two-year-long ceasefire between Turkish authorities and the PKK collapsed. The operation has been largely condemned as a humanitarian catastrophe.

Both the PYD and the YPG have denied that they were involved in the bombing.

Moreover, the Turkish army has been shelling the YPG in Syria since February 13 after they drove Islamic militia from an air base and village close to the Turkish border, justifying it as a retaliatory measure. The YPG is largely considered to be one of the most efficient forces capable of tackling Daesh and other extremists groups in Syria.

© AP Photo / Lefteris Pitarakis
In this photo taken from the Turkish side of the border between Turkey and Syria, in Akcakale, southeastern Turkey, a Turkish soldier on an armoured personnel carrier watches as in the background a flag of the Kurdish People's Protection Units, or YPG, is raised over the city of Tal Abyad, Syria, Tuesday, June 16, 2015
...
Reddit
Google+
Blogger
Pinterest
StumbleUpon
Telegram
WhatsApp
1037

US Confuses Proxies in Syria, Inciting Conflict Between US-Backed Groups