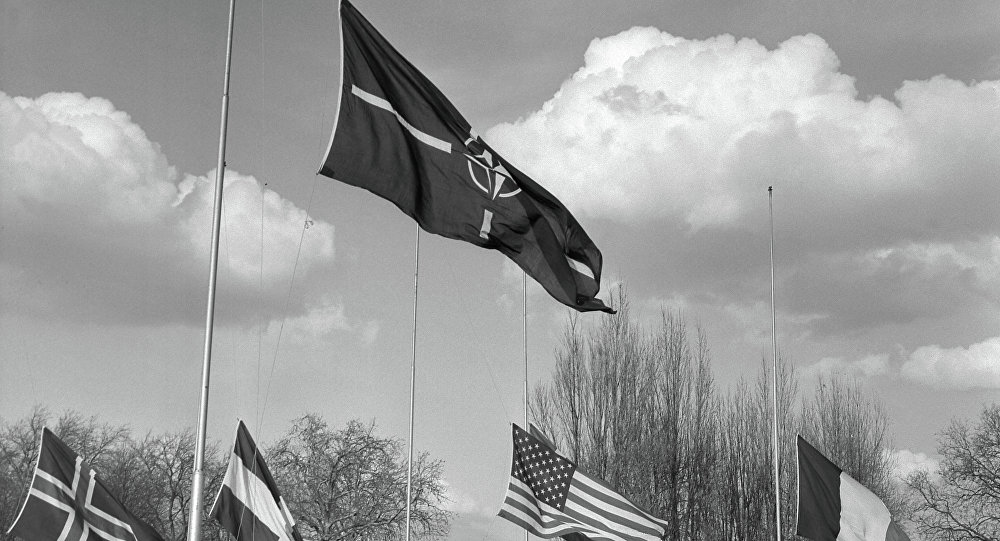 A quarter century after the collapse of the USSR, the NATO alliance not only survives, it thrives, continuing to expand, participating in wars, and boosting its presence in Eastern Europe. Explaining the alliance's contemporary raison d'être, Professor Joan Roelofs says that European nations have been captured by the US military-industrial complex.

In her article, published by the US monthly magazine CounterPunch, Roelofs, a professor emerita of political science at New Hampshire's Keene State College, suggests that that many questions surrounding the North Atlantic Alliance as an institution, including its true purpose, and the sovereignty of its European members,  'remain in the shadows'.

Roelof's questions, and the conclusions she reaches, may be controversial, but they are not without merit. NATO, she points out, "is not an egalitarian organization," with "the United States dominat[ing] every aspect of it. Are these supposedly social democratic [Western European] countries really democracies, or are they banana republics? The traditional banana republic has democratic institutions, but is controlled by military and financial elites which are vassals of the United States." The same, she suggests, may be true of the Old Continent's NATO members.

© AP Photo / Alik Keplicz
Catching a Second Wind: Cold War Legacy Lingers in Washington
Officially, Roelof recalls, NATO is a 28-member defensive alliance charged with defending one another on the basis of the NATO Charter, whose Article 5 states that "an armed attack against one or more [member] shall be considered an attack against them all."

"However," in practice, she suggests, "NATO is a vast empire with an expanding group of full members, plus networks, partnerships, associates, and guests."

This includes the so-called Partnership for Peace (PfP), a 22-member program of cooperation with Europe's non-NATO countries, plus the former Soviet republics in the Caucasus and Central Asia. "These nations choose from a 'menu' how far they want to go with NATO. Options include joint missions, combatting terrorism, crisis response in the NATO Reaction Force (NRF), controlling mines and small arms, disaster rescue, war games, and scientific cooperation."

​"PfP members aspiring to full membership," the political scientist notes, "must have: weapons interoperability (e.g., Eastern European countries had to get rid of Russian and old Warsaw Pact arms in favor of Western ones), increase military spending to 2% of GDP, purge 'politically unreliable' personnel from military, defense and security posts, train abroad in NATO military academies, host military exercises, and instruct the officer corps in English for joint overseas operations."

© Photo : Wikipedia/Catechetical Guild
A World of Pure Imagination: NATO Rhetoric About Russian Threat is 'Absurd'
​The alliance's 'out of area' operations, Roelof recalls, "have been multilateral, with willing participation of NATO members. The official military operations have been in Bosnia (1992-1994), Serbia and Kosovo (1999-present), Afghanistan (2001-present), counter-piracy off the coast of Somalia (2008-present), Libya (2011), [and] Turkey defense (2012-present)."

In effect, "NATO [has] created a global army; the war in Afghanistan was fought by the largest military coalition in history. Finnish and Swedish troops (not full members) have died there…The defeated countries of World War II, which had constitutional provisions and laws against offensive military activity, including sending troops abroad, were also there. Italy and Germany sent troops and Japan provided support activities."

Rebranding From a War Machine to an 'Organization of Democratic Nations'

NATO, Roelof notes, has downplayed "its military nature and claims that it is simply the 'premier organization of democratic nations'. This claim was part of the inducement for Eastern European countries to join. The new idea of both the US military and NATO is that security is no longer a territorial issue…Any policy of any nation anywhere in the world, concerning economics, human rights, the environment, secession movements, etc., may be a cause of terrorism or create an external threat that needs to be thwarted in advance, by NATO." 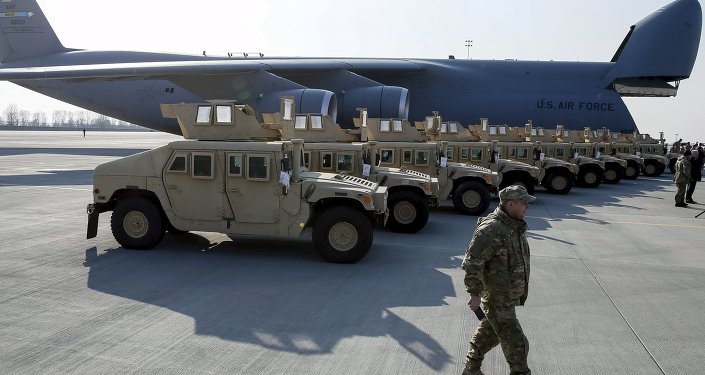 © REUTERS / Gleb Garanich
Ukrainian Army Expects ‘Timely’ Tripling of Western Assistance
Furthermore, "NATO is closely connected to military, political, scientific and corporate elites. Europe now has a huge military-industrial complex. BAE Systems, the largest military firm, is British owned, and has factories in New Hampshire, US, and many other places. The major Italian arms manufacturer Finmeccanica and the French Thales are heavily government-supported. EADS is a conglomerate headquartered in the Netherlands, with subsidiaries in France, Germany and Spain…Sweden also has a significant high-tech military industry."

"The European Union," Roelof emphasizes, is "closely enmeshed with NATO. During its formative period, the original nations sent NATO ambassadors to Paris, its early headquarters. They developed a pro-NATO view which often [clashed] with their governments. Currently, the EU executive and NATO both have headquarters in Brussels."

​Grants, Education, Training & Bases: The Weapons of Influence of the 21st Century

"Among [the alliance's] diverse activities are grants for many types of science research…Now that everything affects security, NATO sponsors research in [fields as diverse as] women's reproductive choices, sustainable development, leather tanning effluent toxicity, landscape architecture, and stained glass preservations. Many projects are conducted jointly by teams including NATO member and PfP nationals, facilitating the mentoring of initiates.

​Furthermore, "economic, political, educational and social activities" are meant to "give NATO a friendly face," with the alliance offering internships in Brussels to students of political science, security studies, engineering, IT, and journalism, among other fields. "It gives grants to environmental and other organizations just like a philanthropic foundation. On the other hand, citizens who protest the 'out of area' aggressions are often branded as extremists or simply ignored."

The alliance's training, of course, also includes "massive war games, in which all members and many partners participate. For example, in 2013, 'Steadfast Jazz', a live-fire exercise, included partners Ukraine, Finland, and Sweden."

​With NATO members' soldiers trained at a broad network of institutions, colleges and universities across Europe and the United States, Roelof highlights that some of these institutions "[educate] civilian leaders and potential leaders as well as military personnel."

"The US Department of Defense/State Department joint report to Congress for 2014 states that 52,600 people from 155 nations were trained – but this does not include NATO members, Australia, Japan, or New Zealand, because they are not required for the report."

Effectively, the professor suggests, NATO-funded and supported educational programs have captured students from most of the world. "The relationships acquired through training, conferences, seminars and joint exercises are a source of considerable power, as these experiences help younger people to move up the ladder to civilian and military leadership in their countries."

Thank you @NATO Laurie Walker for talking at our seminar on #Montenegro's next steps. @MeGovernment pic.twitter.com/zH6zcF48ur

​Finally, Roelof notes, "bases are also a source of influence. At one time there were more than 800 in Europe; now it is estimated that there are about 350…Everywhere, bases generate economic activity and also enable surveillance and influence," as explained in Catherine Lutz's The Bases of Empire.

To Understand NATO Today, It's Necessary to Know Its Origins

Conceptually, Roelof explains, NATO sprang from the idea, formed in the late 1940s, "that the Soviet Union was poised to invade Western Europe," and was disseminated with the aid of the newly formed CIA, the FBI, and various foreign intelligence services.

With much of the foreign press becoming involved, "the CIA and private foundations [also] created new publications, such as Encounter Magazine in London, and others in France, Italy, Germany and elsewhere. Conferences, such as those of the Congress for Cultural Freedom, were held to lure European intellectuals away from socialist and pacifist ideologies."

© AFP 2019 / ILMARS ZNOTINS
Never in the Cold War Had US Put Its Military Force So Close to Russia
Christian Democratic parties, "bulwarks against communism and prime advocates of the 'Atlantic alliance'," sprang up out of nowhere in many countries, "[becoming] governing parties, with an especially strong hold in Italy. The massive CIA funding to defeat the Italian Communist Party is well documented; there is evidence that similar activities were in place elsewhere in Europe."

Additionally, in the early days after WWII, "there was fear that Germany might develop an independent military, so embedding any future German army in a US-led coalition was reassuring."

Throughout the Cold War and in its aftermath Roelof recalls, NATO's organizational and operational secrecy has often kept important information not only outside the view of ordinary citizens, but even of member countries' democratically-elected representatives.

"When information came out about the secret 'Gladio' armies, about the thousands of nuclear weapons formerly and some still in Europe, nuclear waste dumps, and testing and use of DU [Depleted Uranium] weapons, it became clear that crucial NATO activities are unknown not only to the ordinary citizen, but also to parliamentary representatives and even prime ministers, if they are not part of the inner circle," the professor noted. 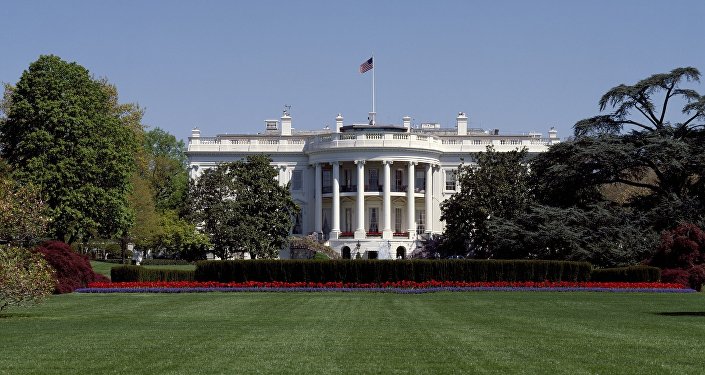 © Photo : pixabay
There Is No Freedom Without Truth
Ultimately, Roelof notes, the dissolution of the Warsaw Pact and the Soviet Union in the early 1990s led many to believe that NATO had become an obsolete institution, with the attacks of 9/11, the US-led invasion of Iraq, the NATO campaign in Afghanistan and recent counterterrorism efforts seeing public support for the alliance swing up and down.

However, what many observers seem to miss, the professor suggests, is that perhaps more than anything, NATO is an organization charged with maintaining US control over the European continent.

"In the classical 'banana republic'," Roelof writes, "the United States controls crucial foreign and/or domestic policies of another nation through ties with its military and intelligence institutions. Only now, there is resistance in the lands where bananas [figuratively] grow, while 'social democratic', 'neutral', and reputedly 'pacifist' countries of Western Europe are slipping into bananazation."

And unfortunately, while "ordinary citizens [may] have strong anti-war feelings and continue protesting…the military, political and corporate elites of Europe have increasingly become dependents or confederates of the US military-industrial complex," the political scientist concludes.

A World of Pure Imagination: NATO Rhetoric About Russian Threat is 'Absurd'