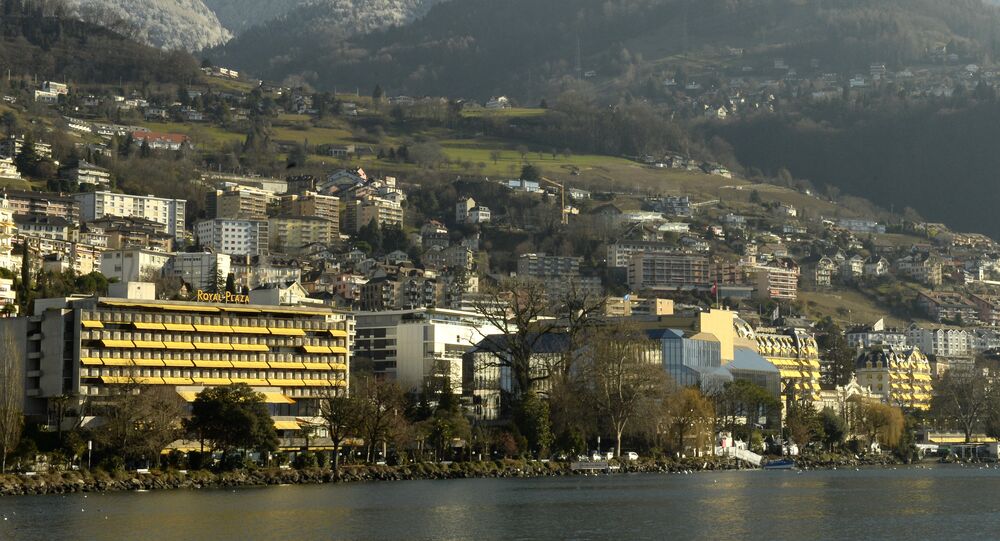 Randa Kassis, a senior member of the moderate Syrian opposition delegation at the talks said that intra-Syrian talks will resume in the Swiss city of Montreux on February 25.

© REUTERS / Denis Balibouse
Intra-Syrian Talks Could Be Moved From Geneva to Other Swiss City
MOSCOW (Sputnik) — The proximity talks on Syrian reconciliation under UN aegis will resume on February 25 in the Swiss city of Montreux, a senior member of the moderate Syrian opposition delegation at the talks told Sputnik on Saturday.

"I have received a confirmation from the organizing committee that the February 25 date is still in force, all logistics for talks have been prepared in the Swiss city of Montreux," Randa Kassis, president of the Movement of the Pluralistic Society, said.

Syria has been mired in civil war since 2011, with the country’s government fighting multiple opposition factions and extremist groups, including Islamic State (ISIL or Daesh), which is outlawed in many countries, including Russia.

© AFP 2021 / FABRICE COFFRINI
Damascus Ready to Continue Dialogue With Syrian Opposition
On January 29, talks between the government of Syria and the representatives of the Syrian opposition began in Geneva. UN Special Envoy for Syria Staffan de Mistura said on February 3 that the talks came to a temporary pause. The resumption of the intra-Syrian negotiation process is expected on February 25.

Two opposition delegations are taking part in the talks. The High Negotiations Committee (HNC) was created in Saudi Arabia in December and includes representatives of some groups considered to be terrorist organizations by Syria and Russia, and a delegation created following talks in Moscow and Cairo.

Intra-Syrian Talks Will Be 'Just Meeting' Without Kurdish Representation