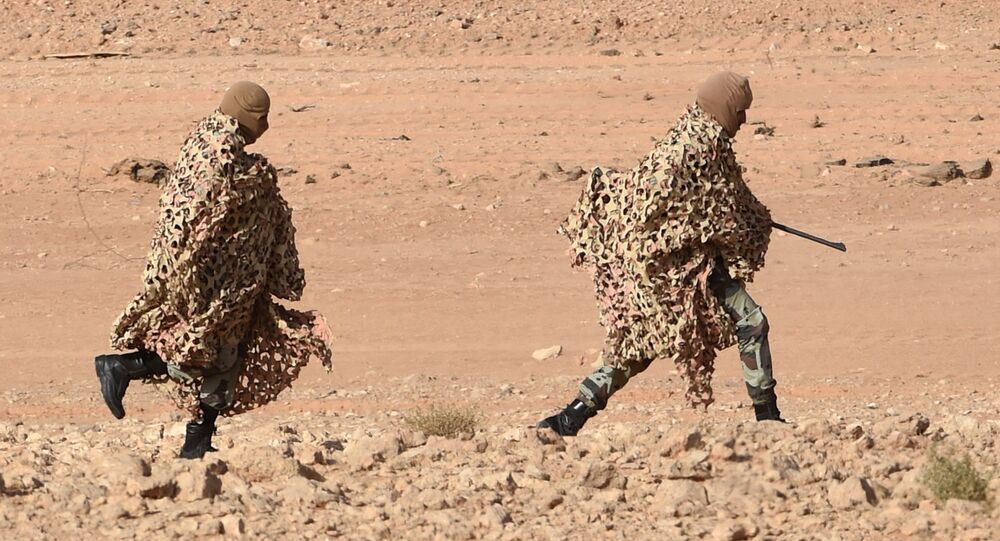 Under the smokescreen of incompetent and inconsistent foreign policy in Syria, Washington war planners and policymakers are pursuing a carefully-planned strategy to ignite a war in the oil-and-gas-rich Middle East and alter the geopolitical map of the region, F. William Engdahl notes.

The researcher believes that despite Washington pushing ahead with the Geneva III talks, the US policymakers and war planners have no intent to settle the conflict and step aside.

"Washington policy — the policy of the USA military-industrial complex and their Wall Street bankers — has in no way changed… They plan to destroy Syria as a functioning nation, to finish the destruction of Iraq begun in 1991, and to spread that destruction now to the Kingdom of Saudi Arabia, to Turkey, and across the entire oil and gas-rich Middle East," Engdahl suggested in his article for New Eastern Outlook.

© AFP 2020 / BULENT KILIC
Teetering on the Edge: Why are Riyadh, Ankara Adding Fuel to the Fire in Syria?
While the Syrian Arab Army backed by Russia is on the brink of victory in Aleppo cutting off Daesh supply lines to Erdogan's Turkey and heading to Raqqa, a de facto capital of Daesh, Washington has persuaded Damascus and Moscow to impose a ceasefire in a week.

Regardless of the ongoing peace process, the Pentagon is also quietly putting "boots on the ground" in Iraq and Syria.

"They [the Pentagon] are preparing a major military move in Syria whether through Turkish and Saudi proxies or direct, or both, despite the nice sounding words about humanitarian aid and UN supervised Syrian elections in 18 months," Engdahl stresses.

The US war planners are focused on two major targets — Mosul in Iraq and Raqqa in Syria — Daesh's greatest strongholds.

​According to the researcher, the areas are of great strategic importance. On the one hand they are the keys to the countries' rich oil fields. On the other hand, those who control the Tabqa Dam in Al-Raqqa Governorate and the Mosul Dam in Iraq also control the countries' water and power resources.

© Sputnik / Michael Alaeddin
Race for Raqqa: Why Washington Wants to Capture the City
The Moon of Alabama blog suggested last week that US warhawks are planning to carve out northeastern regions from Syria including Raqqa and Deir ez-Zor at the same time maintaining control over Mosul in Iraq. As a result a new oil-rich "Sunni-stan" may emerge in the Middle East backed by Washington and its Middle Eastern allies.

Interestingly enough, a de-classified 2012 Defense Intelligence Agency's document also envisaged the creation of a "declared or undeclared Salafist Principality in eastern Syria (Hasakah and Deir ez-Zor)," claiming that "this is exactly" what the West, Gulf countries and Turkey "want."

"Some years ago I was told by a former West Point officer that the cadets of West Point who go on to become America's future colonels, generals and military strategists, are steeped in Sun Tzu as well as in Italian Renaissance diplomat Niccolo Machiavelli's The Prince, which teaches 'the employment of cunning and duplicity in statecraft or in general conduct'," Engdahl recalls.

© AFP 2020 / MOHAMMED AL-KHATIEB
Tension Escalation: 'Turkish and Saudi Boots in Syria May Trigger WW3'
The researcher believes that under the smokescreen of apparent incompetence on the side of Washington, the Pentagon and their Wall Street backers, "there is a carefully-planned strategy to ignite a war in the oil-and-gas-rich Middle East that will dramatically alter the political and geopolitical oil map of the world."

In this light Turkey and Saudi Arabia's claim to launch a ground operation in Syria with Washington's backing could be just another phase of the plan.

British geopolitical analyst Finian Cunningham, however, believes that the Obama administration will restrain itself from allowing Riyadh and Ankara to kick off an invasion of Syria. The stakes are high, since the Saudi-Turkish advance could result in a wider war in the region, he noted in an exclusive interview with Radio Sputnik.

The question remains open as to whether the Syrian Arab Army can restore state sovereignty before Saudi Arabia, the United Arab Emirates and Turkey throw a monkey wrench in the Russo-Syrian advance.