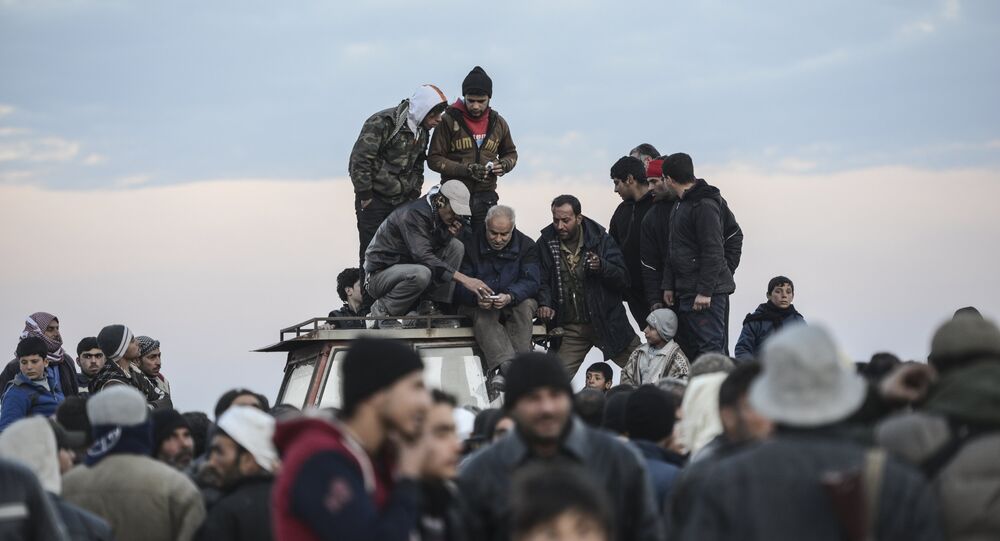 Representatives of the European Union, the European Commission (EC) and the Turkish government discussed in Brussels the projects to be financed by the 3-billion-euro ($3.33 billion) fund to solve the migration crisis in Turkey, EC spokeswoman Natasha Bertaud said.

BRUSSELS (Sputnik) – Turkey currently hosts over two million of Syrian migrants, who fled across the border to escape violence in their home country.

"The [sectoral] committee meets today to discuss projects," Bertaud stated at a press conference on Wednesday, adding that the body consists of all EU member states’ representatives and is chaired by the European Commission, while Turkey acts a consultant.

On November 29, Brussels and Ankara approved a joint plan to counter the influx of migrants into the bloc, under which EU member states will give some $3.3 billion to Ankara in 2016-2017 and fast track talks for its accession to the bloc.