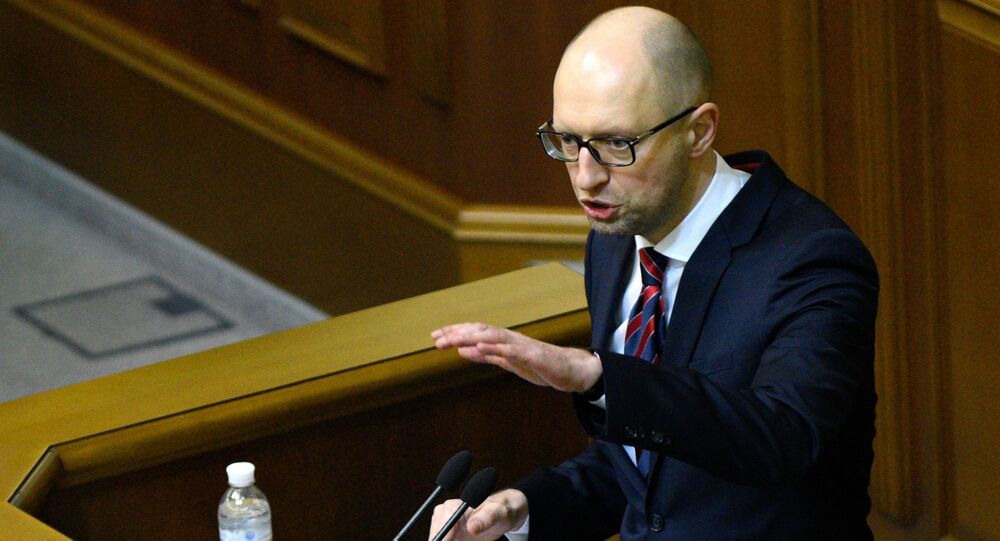 The Ukrainian prime minister thinks that the ongoing political crisis in the country is 'artificial.'

KIEV (Sputnik) — Ukrainian Prime Minister Arseniy Yatsenyuk on Wednesday described the ongoing political crisis in the country as 'artificial,' and urged the Ukrainian society to continue on a reform course.

"It is, in reality, a deliberately-provoked artificial political crisis aimed at…launching early elections…it is the struggle for power," Yatesenyuk said at a cabinet meeting.

"The government is fighting for the country, and we are calling on all responsible political forces, on the President and on the society in general to keep the course on reforms and changes in Ukraine," Yatsenyuk said.

On Tuesday, the government of Prime Minister Arseniy Yatsenyuk survived a vote of no confidence in parliament despite the rapid decline in Yatsenyuk’s popularity in the country and Poroshenko’s explicit demand that he step down.