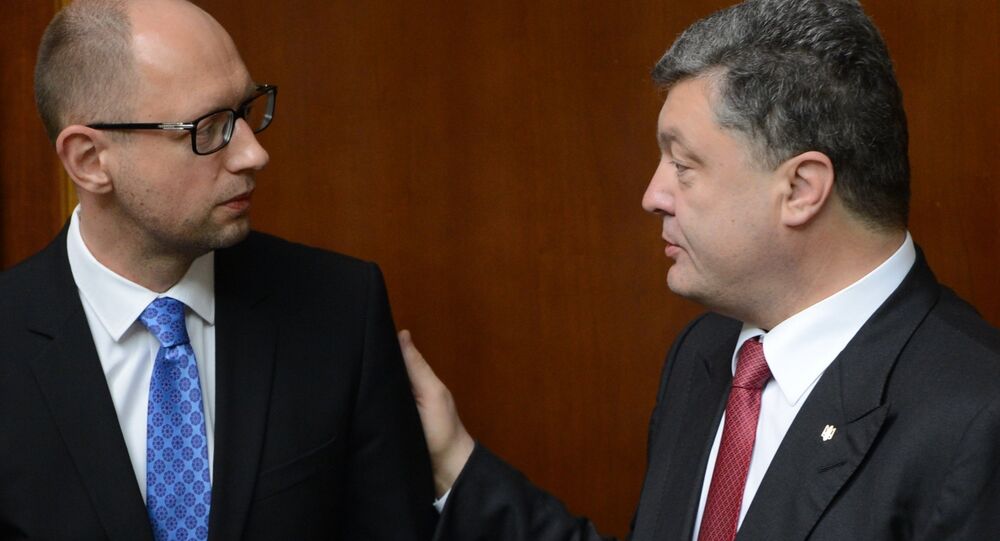 According to the spokesman for the Ukrainian president, Petro Poroshenko called on Arseniy Yatsenyuk to resign.

"In order to restore confidence in the authorities, the president called on the prosecutor general and the prime minister to resign," Tsegolko said on Twitter.

In early February, Yatsenyuk said that his government would continue to work despite the recent crisis, although the Cabinet was ready to resign should the parliament find it necessary.

The economic situation in Ukraine has been deteriorating since February 2014 when a new government came to power in what some consider a coup. The country's GDP fell by 6.8 percent in 2014, while inflation soared to 24.9 percent. The country is also plagued with corruption, with the Kiev authorities seeking to implement reforms to prevent it.

One Year After Minsk: Neither War Nor Peace in the Ukrainian Conflict