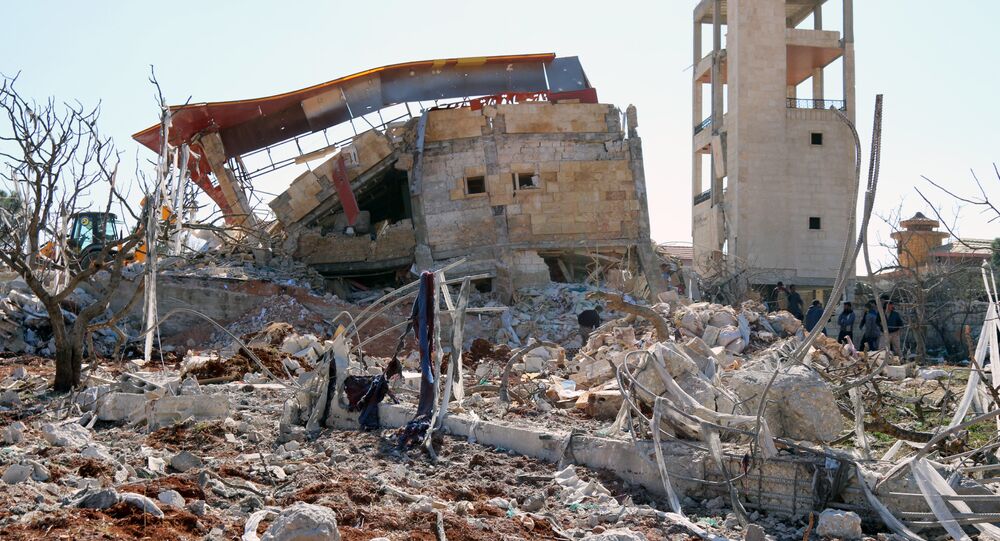 Claims that Russia is allegedly behind a recent bombing of a hospital in Syria are baseless and unacceptable, Kremlin spokesman Dmitry Peskov said Tuesday.

MOSCOW (Sputnik) — On Monday, the Doctors Without Borders (MSF) said that a hospital in the northwestern Syrian city of Maarat Numan, in the Idlib province, was hit by four rockets. It did not say which of the warring parties was suspected to be behind the deadly attack.

"Once again, we categorically dismiss these statements and consider them to be unacceptable. Especially because those making these statements are unable to prove their allegations in any way," Peskov told reporters.

Meanwhile, Syrian Ambassador to Moscow Riad Haddad accused the US of striking a hospital in Syria’s Idlib province, while Turkey's Prime Minister Ahmet Davutoglu accused Russia of striking the hospital.

© AFP 2020 / STRINGER
Syrian Ambassador to Russia Accuses US of Airstrike on MSF-Backed Hospital
The Russian Defense Ministry has repeatedly said that allegations of civilian casualties in Russia's strikes are aimed to distract the international community form the four-year-long Syrian civil war. Moscow reiterated that all information regarding targets is always checked and double-checked before delivering strikes.