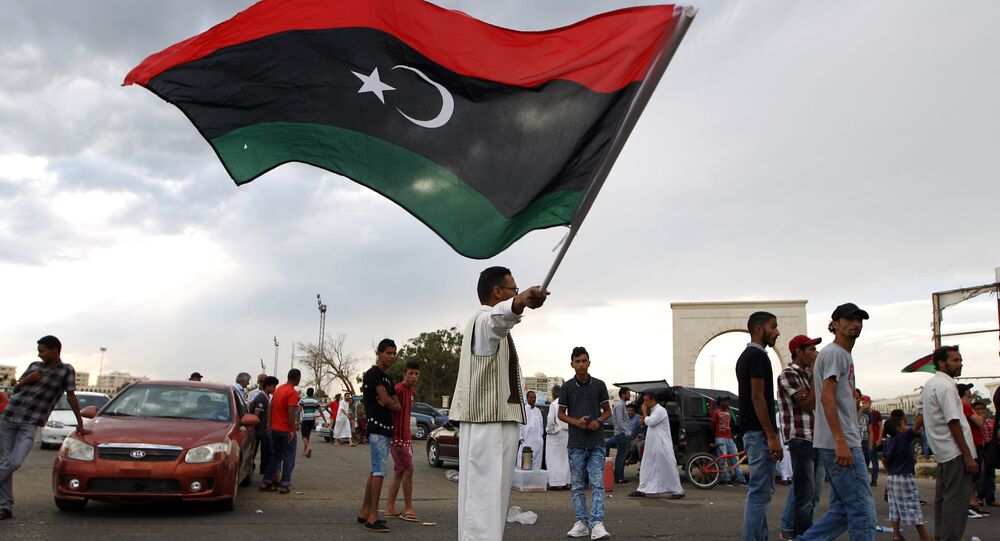 The formation of a consensus government will move Libya to a political settlement and help it restore the urgently-needed statehood, the German foreign minister said.

BERLIN (Sputnik) — German Foreign Minister Frank-Walter Steinmeier confirmed Monday that Libya’s UN-backed executive body had agreed on the makeup of a new unity government and praised it as a major step toward return of stability in the country.

"This morning, we received a report from Libya that the so-called Presidency Council apparently succeeded in reaching an agreement on the creation of a government. This is an important step forward," Steinmeier told reporters in a doorstep interview in Brussels.

He added that a consensus would move the country closer to a political settlement and help it restore the urgently-needed statehood.

© AFP 2020 / ABDULLAH DOMA
'God Willing, Libya Gets Unity Government, But No Western Intervention' - Libyan Official
The Presidency Council was created under the December 17 Political Agreement between the two rival governments in Libya. The body drew up a list of 32 ministers last month, which was rejected by the internationally-recognized authority in Tobruk who said the number was too high.

Late Sunday, the Council reportedly unveiled a revised lineup of the Libyan consensus government that consisted of 13 ministers and five ministers of state, including three women.

Libya has been in a state of turmoil since its longtime leader Muammar Gaddafi was deposed and killed in 2011. There are currently two governments in Libya: the internationally-recognized Council of Deputies based in Tobruk and the Tripoli-based General National Congress.