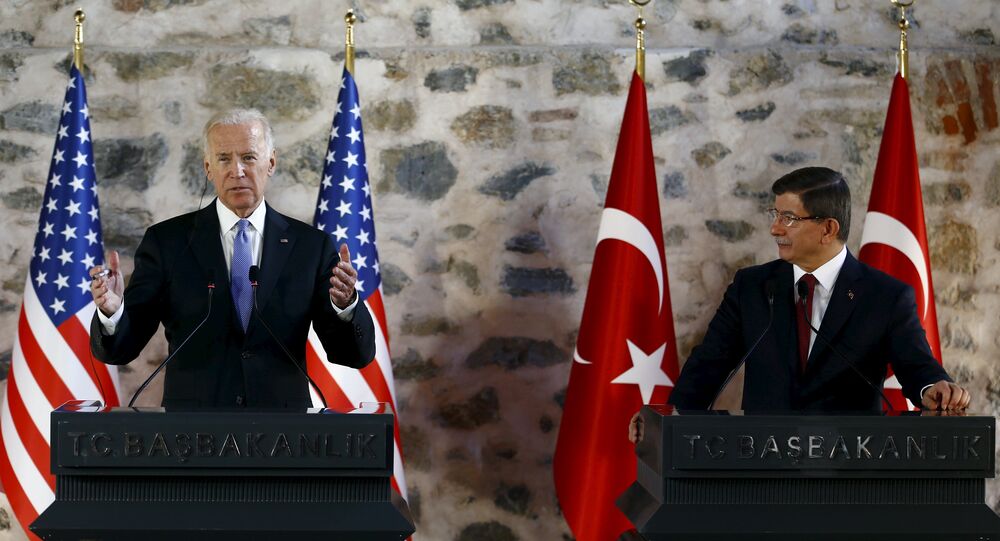 "The Vice President… urged Turkey to show reciprocal restraint by ceasing artillery strikes in the area," the White House said in a statement.

Biden and Davutoglu vowed to work together and emphasized the need to protect vulnerable civilians in the region and keep routes of humanitarian assistance to the Aleppo province open.