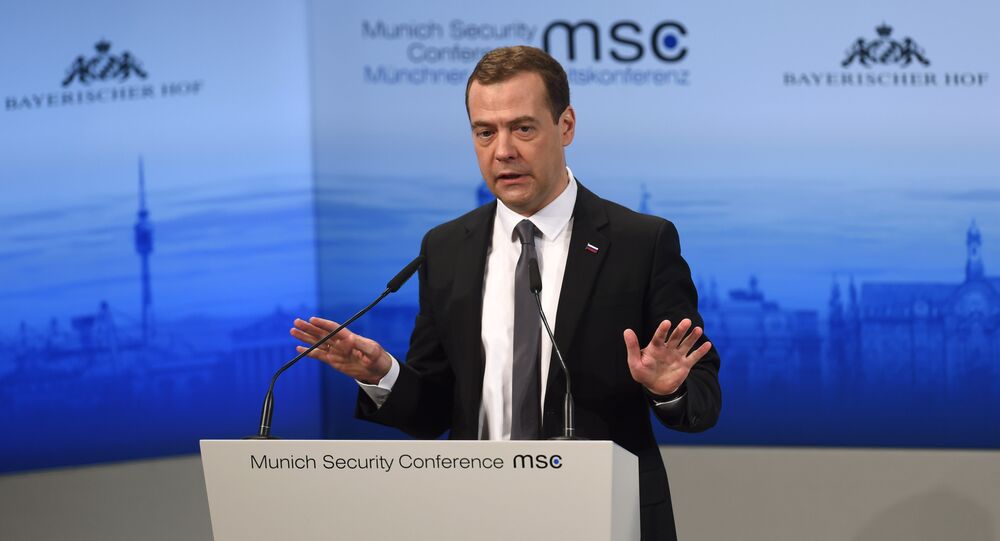 "Russia-NATO relations have reached the level of a new 'cold war'. NATO continues to insist Russia constitutes its main threat — a threat to Europe as well as the US and other countries. Scary movies have been filmed where Russians begin a nuclear war. Sometimes I think: are we in 2016 or in 1962?" Dmitry Medvedev said.

© Flickr / fliegender
Cold War Scare: US Propaganda Budget Reaches All-Time High
The minister underscored that dialogue on Euro-Atlantic security is especially necessary in such a time.

"Our intensive dialogue on the future of Euro-Atlantic security, on global stability, on regional threats is particularly needed now. I find it abnormal that it almost completely stopped in many areas," he said.

"Mechanisms have been suspended that enabled to timely eliminate mutual concerns. Moreover, we have lost the culture of mutual arms control, though this served for a long time as the foundation for building trust," Medvedev added.

The MSC is an international, nongovernmental, independent conference for discussing major security issues. Founded in 1962 to facilitate consultations between NATO member countries, it now involves representatives from Central and Eastern Europe, South Asia, and the Middle East, as well as former Soviet states.