A World of Pure Imagination: NATO Rhetoric About Russian Threat is 'Absurd'

The justification for the latest NATO buildup in Eastern Europe – the idea of the so-called 'Russian threat' to Eastern Europe is "simply absurd," according to former US diplomat and Senate policy advisor Jim Jatras. Effectively, Jatras says, the buildup is an attempt by the US to keep Germany and France in line. 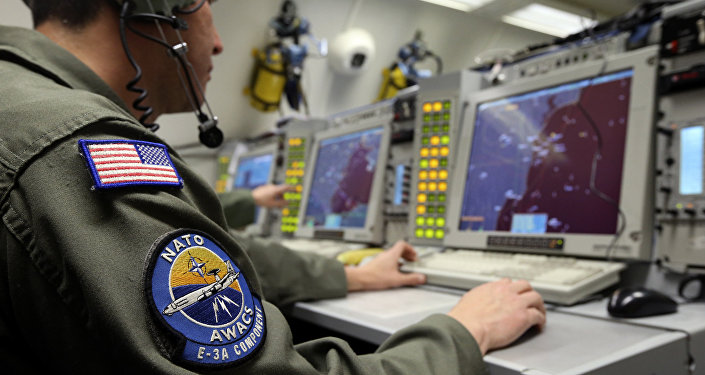 © REUTERS / Francois Lenoir
NATO Ramps Up Military Forces Near Russia to Cold War Levels
On Wednesday, NATO Secretary General Jens Stoltenberg announced that the alliance plans to significantly strengthen its presence on its eastern flank. The official described the buildup, featuring increased air and naval patrols, more exercises, and "more boots on the ground," as "the most significant boost to our collective defense since the end of the Cold War."

Asked for comment, Jim Jatras, a former US diplomat and long-time foreign policy adviser to the US Senate Republican leadership, told the Russian foreign broadcaster RT that Washington's main aim appears to be to prevent a rapprochement between Moscow and Europe.

"Let's remember, NATO is an American-run operation. And I think what we are seeing here is the US teaming up with some of our newer allies in the East – the Poles, the Balts, the Romanians, to some extent the Turks – to try to make sure that there is not a rapprochement between some of the core members, like Germany and France, with Moscow," Jatras explained.

© REUTERS / Przemyslaw Wierzchowski
Never Enough: Despite Largest NATO Buildup in Decades, Poland Still Unsatisfied
"And this unfortunately means escalating tensions, playing silly games with whether the deployment in Eastern Europe will be a 'rotation' or permanent deployment as the Poles would like," the foreign policy analyst added.

"I think this is simply more brinksmanship and more escalation of tension for NATO to justify its existence."

With the Russian envoy to NATO saying that Moscow "won't compromise its security interests," and other senior officials noting that Russia would be forced to "strengthen its defensive potential," in the form of the nuclear deterrent, RT asked Jatras whether NATO's moves signal the danger of escalation.

"Absolutely," the analyst responded, "and that's why I think this is really irresponsible."

"For example, when we are talking about this deployment in Eastern Europe but [also] increased activities in the Black Sea and cooperation with Turkey…the prospects of something happening accidentally go up dramatically," especially given the Turkish president's unpredictability.

When asked whether some sort of compromise can be found Friday during the meeting between Russian Foreign Minister Sergei Lavrov and Mr. Stoltenburg in Munich, Jatras said that it's unlikely.

"Again, [regarding the idea that] 'NATO has no hostile intentions toward Russia': How would we feel if some extra-continental power put an allied country and its troops right on our borders here in the US? We would not be reassured by them saying 'that's ok; we don't intend to threaten you anyway.' The whole question here is why NATO is doing this – is there any credible Russian threat to Poland, to the Baltic states. This is simply absurd. And I think those assurances mean absolutely nothing." 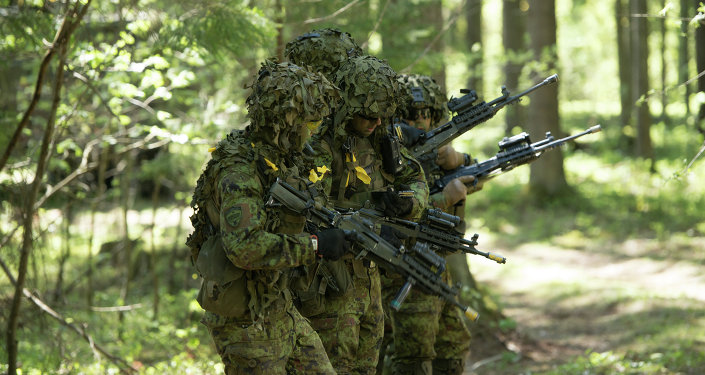 © AFP 2019 / RAIGO PAJULA
Russian 'Threat': Every Time Pentagon Needs More Money a 'Bad Guy' Appears
Ultimately, the analyst notes, Washington's Eastern European allies, especially Poland and the Baltic states, favor the NATO buildup. "Unfortunately, this also plays into the intra-European politics where Poland, for example, is having its problems with Germany and with Brussels and they want to turn to the big brother – the US, to come and reinforce them."

"It also unfortunately meets with the agenda of American policymakers which is to make sure that Europeans, especially the Germans and the French, stay on the reservation. So, we don't mind teaming up with some of these smaller 'new Europe countries' that can help keep everybody in line," Jatras concludes.

NATO Welcomes US Plans to Boost Forces in Europe