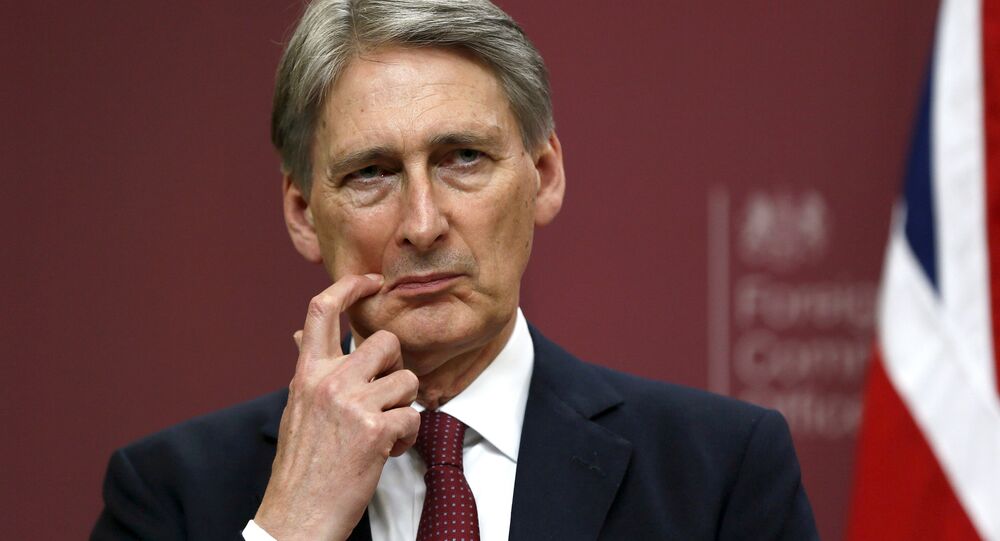 "In my meeting with Dr Hijab, I reaffirmed my support for the Syrian Opposition’s Higher Negotiations Committee. We agreed on the need to bring an urgent end to the suffering in Syria, for the regime and Russia to end attacks on civilians immediately, and for full humanitarian access to be granted to besieged areas," Hammond said in a statement, published by the government's press office.

According to Hammond, Russia and legal authorities in Syria are deliberately targeting the opposition instead of fighting against the Islamic State (ISIL) terrorist group.

Syria has been in a state of civil war since 2011, with the army loyal to President Bashar Assad fighting several opposition factions and militant organizations, including Daesh (ISIL), which is banned in Russia and a number of other countries.

Russia has been conducting anti-terrorist airstrikes in Syria since September 30, 2015 at the request of President Bashar Assad.

Moscow considers that a 32-member council formed during a conference in Riyadh in December 2015 does not represent the whole spectrum of relevant opposition forces in Syria.

UK Increases Humanitarian Aid to Conflict-Torn Syria at Over $3.3 Billion