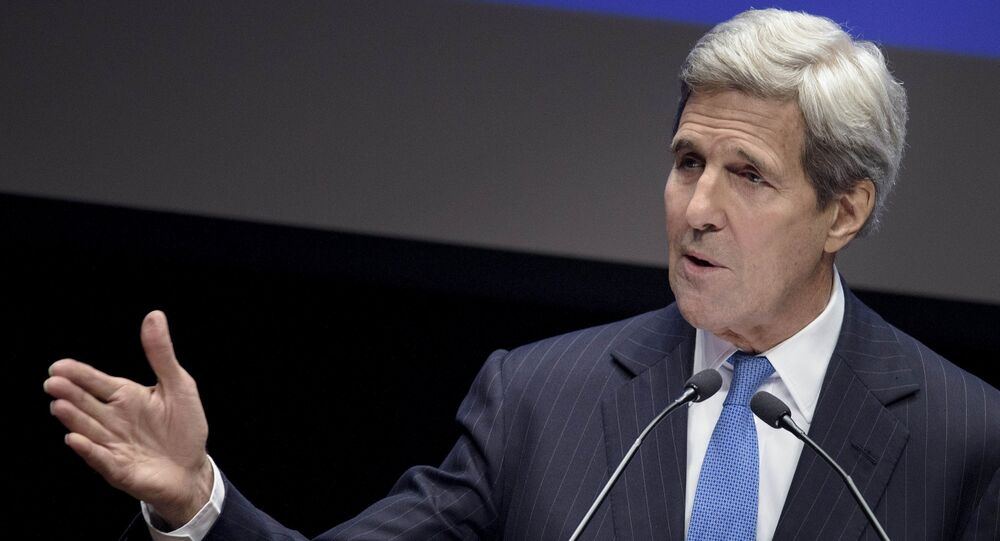 Washington and Riyadh hope to start negotiations on the Yemeni crisis settlement in the next few weeks, US Secretary of State John Kerry said Monday at a joint press conference with Saudi Foreign Minister Adel Jubeir.

© REUTERS / Khaled Abdullah
Saudi-Led Coalition Cement Plant Airstrike in Yemen’s Sanaa Kills 15
WASHINGTON (Sputnik) — At a meeting earlier in the day, Kerry and Jubeir discussed a number of issues regarding peace and stability in the Middle East, including resolution of Israeli-Palestinian conflict, Syrian crisis settlement and fight against terrorism in the region.

"We also talked about Yemen and the hope that perhaps over the course of these next weeks it may become possible to try to engage in some productive conversations about how to bring that conflict to a close," Kerry said.

Yemen is engulfed in a military conflict between Houthis, the country’s main opposition faction, and government forces.

In March, a Saudi-led coalition of Arab states began airstrikes against Houthis in Yemen at the request of President Abd Rabbuh Mansour Hadi.

Saudi Arabia's Defeat in Yemen: The Stakes Could Not Be Higher