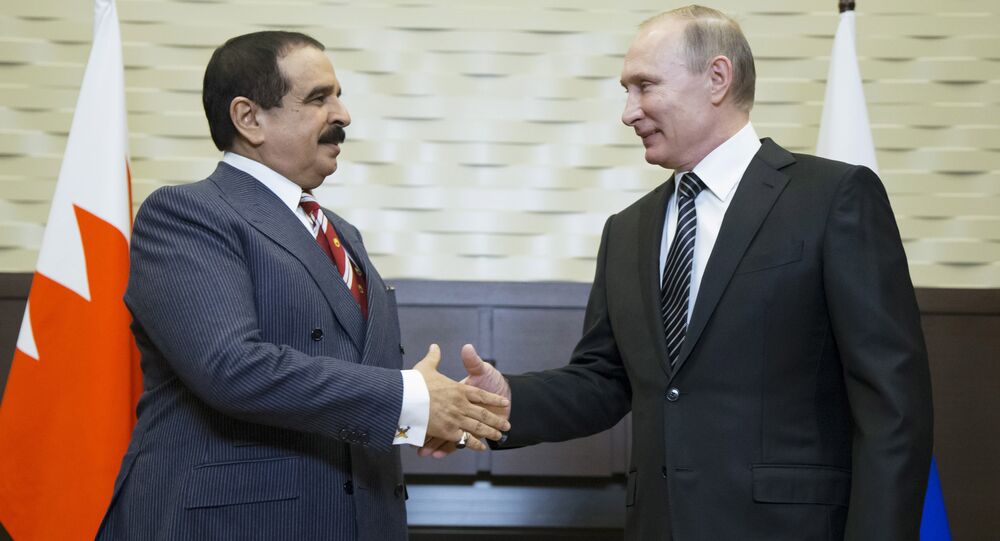 "Bahrain is our important partner in the Gulf and in the Middle East in general. We are very happy to see our friends, have the opportunity to talk on bilateral relations and the situation in the world and in the region," Putin said.

The Bahraini king's last visit to Moscow took place in October 2014, when he traveled to Sochi to attend the Russian stage of the Formula One World Championship, and to also hold talks with the Russian leadership.