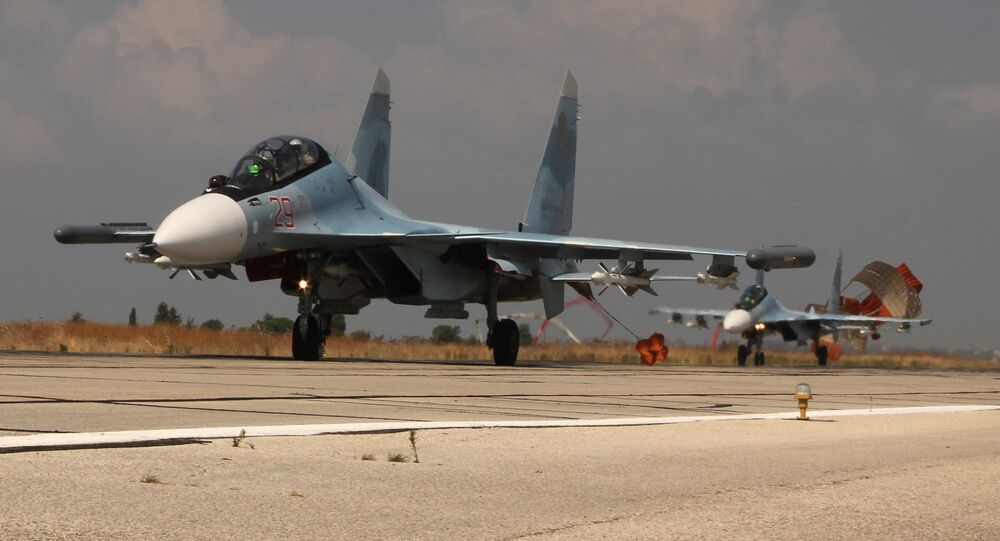 Washington's true intentions with regard to Syria have long been a hot topic, with many saying that the Obama administration is still determined to pursue a regime change in the war-torn Arab country despite the fact that it has toned down its "Assad must go" rhetoric.

© Sputnik / Alexei Malgavko
Armored Offensive: Russian-Made T-90 Tank Goes Through Baptism by Fire in Syria
International relations expert Rob Prince shares this sentiment. He believes that Washington wants President Bashar al-Assad out of the picture "so that the oil fields and pipeline corridors could be secured by the western oil giants and protected by new US military bases sprinkled across the country."

In the expert's opinion, this has been Washington's "basic game plan since Day 1."

"This is why Obama and Co are so eager to slow the Russian-led offensive by any means possible even if it means engaging in meaningless negotiations that have no other purpose than to implement a ceasefire so that the current US mercenaries can regroup and fight at some future date when they are better prepared," he explained.

As a result, the UN-sponsored talks have been postponed and are expected to resume on February 25. They are viewed as the first major step in a series of measures, including a nationwide ceasefire and elections, which are meant to bring lasting peace to Syria.

Many experts have warned that rebel groups, who receive support from outside Syria, could use the ceasefire as an opportunity to regroup and would then return to the battlefield. The analyst is convinced that Russia will not let this happen.

The Russian aerial campaign has "turned out to be the ultimate game-changer. It is in the process of securing the Damascus-Homs-Latakia-Hama-Aleppo network – the urban, developed Western Syria that holds 70 percent of the country's population. [Terrorist groups] have zero chances of taking over this territory. The rest is mostly deserted land," Prince observed.

Build in Your Country, Destroy in Others - America’s Idea of Democracy?