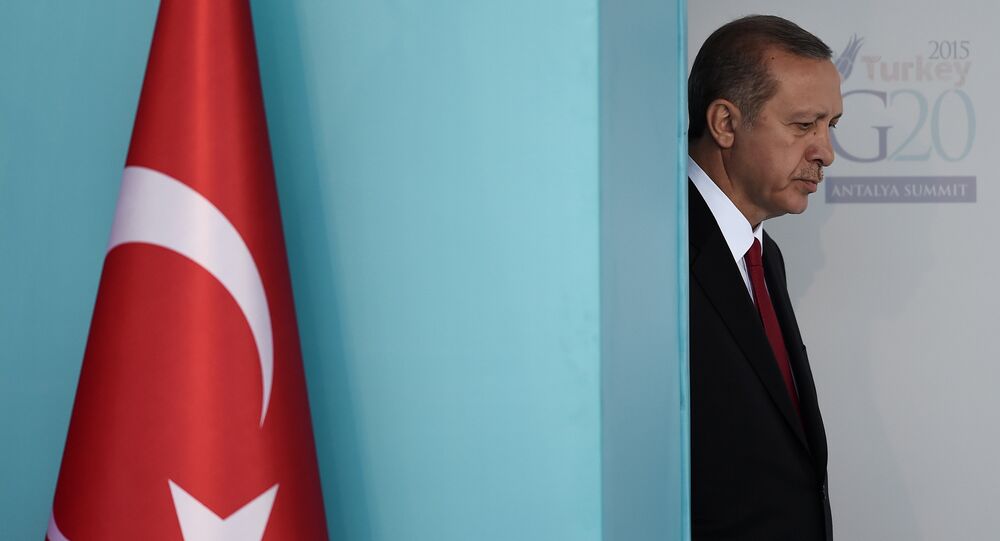 Turkey's once ambitious foreign policy strategy of having no unresolved issues with its neighbors, as well as its aspirations to become the leading regional power are in ruins – to an extent due to Recep Tayyip Erdogan's personal ambitions, miscalculations and whims, international relations scholar Henri J. Barkey asserted.

Turkey's foreign policy "is the victim of the unpredictable turnabout in the Arab Spring, especially in Syria; hubris; and miscalculations in domestic and foreign policy," he wrote for Foreign Policy.

"With the exception of the Kurdistan Regional Government in northern Iraq, Turkey's relations with almost all of its neighbors have soured. At the same time, tensions with the United States, European Union, and Russia have all dramatically increased."

The final blow came from Syria. Erdogan, once an ally of President Bashar al-Assad, has been long determined to overthrow the legitimate government in Damascus. To that end, he provided support to the largely foreign-sponsored insurgency in the war-torn Arab country. Despite these and other efforts, al-Assad still remains in power.

© AFP 2021 / MEHDI FEDOUACH
'We Expect A Military Escalation in Syria': Turkey’s True Motives
In addition, the Syrian conflict has helped to empower the Kurds across the region, who are now largely seen as one of the few forces truly capable of tackling Daesh. As a result, Ankara decided to crack down on the Turkish Kurds and the military operation against the PKK insurgency, condemned as a violation of human rights and a massacre, is still ongoing.

Then in November 2015, a Turkish fighter jet shot down a Russian bomber over Syrian airspace, citing unsubstantiated airspace violations.

This "careless move" subsequently "triggered a rash of costly economic, political, and military actions in retaliation by Russian President Vladimir Putin. Erdogan had misjudged Putin: The shoot-down was born in the frustrations emanating from his failures in Syria and from watching the Russians and Iranians succeed in bolstering the much-battered Syrian army against Turkey's allies in the country," Barkey noted.

In addition, the shootdown has once again exposed that Erdogan does not view defeating Daesh as a priority, much to the discontent of Turkey's allies in the US and Europe.

"The crux of the matter is this: Turkish foreign policy is no longer about Turkey but about Erdogan," Barkey observed. Erdogan's "omnipresence and unchallenged position mean that foreign policy is the product of his worldview, whims, and preferences. There is no one who can challenge him."