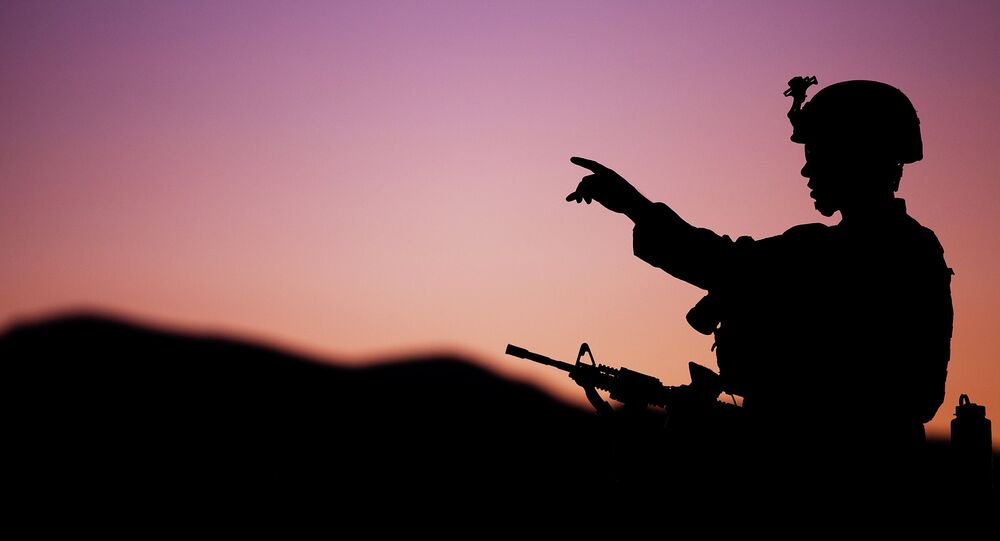 Middle Eastern Adventure: US is Heading Back Into the Terror Trap

The more frequently Washington tries to kill Daesh (Islamic State/ISIL) militants, the more fervently Islamists will try to kill Americans, US scholar Peter Beinart notes, adding that in today's connected world they will have more opportunities to attack US civilians as before.

While US presidential candidates are promising to their potential voters that if America intensifies its war on Daesh in Syria and Iraq, the terrorist threat will decrease, facts prove otherwise, American journalist and senior fellow at the New America Foundation Peter Beinart says.

"The primary justification for this new hawkishness is stopping the Islamic State, or ISIS [Daesh], from striking the United States. Which is ironic, because at least in the short term, America's intervention will likely spark more terrorism against the United States, thus fueling demands for yet greater military action," Beinart writes in his article for The Atlantic.

"After a period of relative restraint, the United States is heading back into the terror trap," he stresses.

© CC BY 2.0 / DVIDSHUB / Filling in the gaps: ‘America’s Battalion’ begins final pre-deployment training exercise
Vicious Cycle: NATO's New Libyan Military Campaign About to Begin
The scholar refers to the history of the United States, calling attention to the fact that during the Cold War the US had a relatively small military contingent in the Arab and Muslim world.

All of that changed after the Pentagon deployed 700,000 troops in Saudi Arabia in 1990 to protect Riyadh from Iraqis. A year earlier the USSR had withdrawn from Afghanistan, the scholar adds.

At that time Osama bin Laden's al-Qaeda focused its attention on the United States which had stationed its troops in "the land of the two Holy Places."

"In 1992, al-Qaeda issued a fatwa calling for attacks on American troops in the Middle East," writes Beinart, adding that a series of terror actions against Americans in the region took place immediately after that.

"It's no coincidence that bin Laden and company shifted their focus away from the USSR after Soviet troops left Afghanistan and toward the United States after American troops entered Saudi Arabia. Key advisers to George W. Bush recognized this."

Foreign policy @HillaryClinton is so proud of is in fact horrible. #US intervention abroad has only fueled #Syria, #Libya crisis #DemDebate.

​After Iraqi leader Saddam Hussein had been toppled in 2003, the US withdrew its troops from Saudi Arabia. It seemed that "a huge recruiting device for al-Qaeda" was eliminated.

© AP Photo / Rased News Network via AP, File
Saudi Arabia Declares Its Ground Forces Ready to Invade Syria
However, Washington sent tens of thousands of US soldiers to invade and occupy Iraq. As a result, "a dramatic surge in terrorist attacks against American and allied forces ensued," the US scholar notes.

Predictably, with the beginning of the US-led military campaign against Daesh in 2014, the number of Daesh-related plots spiked sharply in the West.

The more Washington intensifies its war on Islamists, the more Islamists try to strike Americans.

However, in order to eliminate the threat posed by Daesh, US presidential candidates are calling for an expanded military operation in the Middle East.

Young Rand Paul supporter speaks on foreign policy: "are we any safer today because of US intervention?" #IowaCaucus

​"What happens when they're proved wrong?" the scholar asks, warning that America's new Middle Eastern offensive may result in the surge of violence and may possibly lead to a domestic crackdown on American Muslims.

"Both impulses will help the Islamic State. And America will slide deeper into the terror trap," he warns.

At some point someone will call the US invasion of Iraq a "mistake" or a "blunder." It wasn't. It was a crime against humanity. #DemDebate

"The apparent willingness among policy makers to put US troops on the ground in Syria against both its government and ISIS [Daesh] flies against all reason given the poor track record of White House initiated military interventions over the past fifteen years," Giraldi wrote in his op-ed for The Unz Review.

Would Clinton agree that US intervention in Middle East might perpetuate terrorist threat to the U.S.? See MLK's speech against Vietnam War

​The CIA veteran pointed out that Washington cannot boast of any relatively successful operations in the Middle East, or Central Asia, or North Africa.

"Syria is not taking place in a vacuum. Afghanistan is rapidly sliding back under Taliban control, Iraq is chaotic and its closest friend is Iran while Libya is anarchical," the retired CIA officer underscores.

If Washington involves itself in yet another Middle Eastern adventure there are fears that ordinary Americans will have to shoulder the burden.

"Wars, even necessary ones, are usually costly for both sides," Beinart stresses.