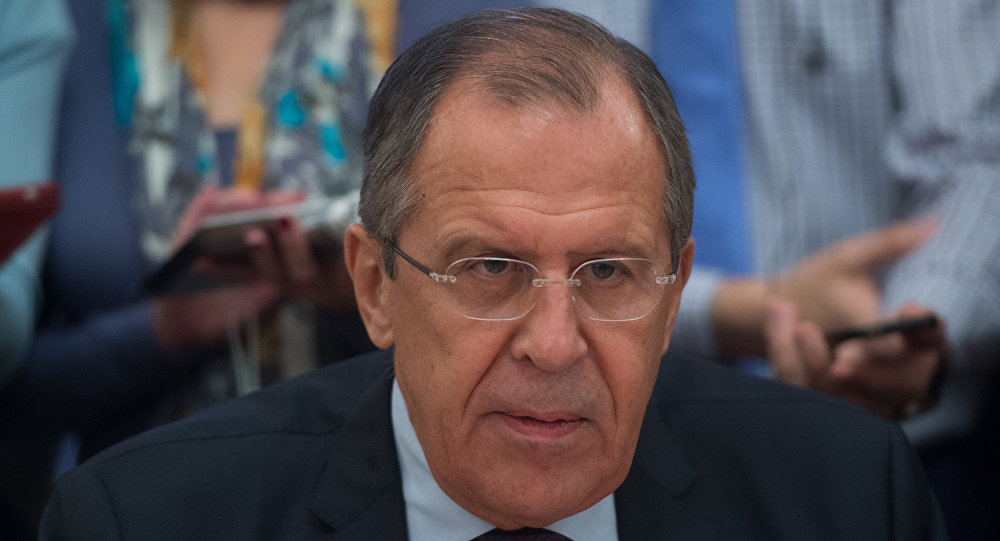 Russia Not Looking for Enemies on International Arena - Lavrov

MOSCOW (Sputnik) — Russia is ready to cooperate with those states which are interested in developing bilateral relations, Russian Foreign Minister Sergei Lavrov added.

"Conducting an independent foreign policy, Russia has always been open to development of broad cooperation with all those who demonstrate their reciprocal interest. President Vladimir Putin has repeatedly said that we will never take the path of search for enemies," Lavrov said in an interview with the Italian Limes magazine.

© CC BY-SA 2.0 / Aleksei
What Isolation? West Needs Russia in Syria as 'Key Diplomatic Power Broker'
According to the Russian minister, the United States and some other Western states divide countries and peoples into "us" and "them," which only aggravates tension in world affairs, as the situation in the Middle East and North Africa demonstrates.

"Unfortunately, today in Europe there are forces, seeking historic score-settling with Russia, applying great efforts to raise the conflict level in our continent. At the same time, the fact that even in the current difficult situation many European countries, including our Italian partners, are showing keen interest in maintaining constructive dialogue with our country, in improving the situation in the European space, encourages optimism. We appreciate this attitude," Lavrov said.

He added that Moscow proceeds from the fact that the progressive development of equal and mutually beneficial relations between Russia and the European Union fits interests of both sides as an important factor of strengthening international security.

"In particular since many challenges and threats, including an unprecedented surge of terrorism and extremism, requires the establishment of collective work," Lavrov said.

He stressed that Moscow does not see reasonable alternative to long-term formation of the area of economic and humanitarian cooperation from the Atlantic to the Pacific, while relying on the architecture of equal and indivisible security.

Moscow Hopes for Pragmatic US Ties, But Won't Beg to be Friends - Lavrov