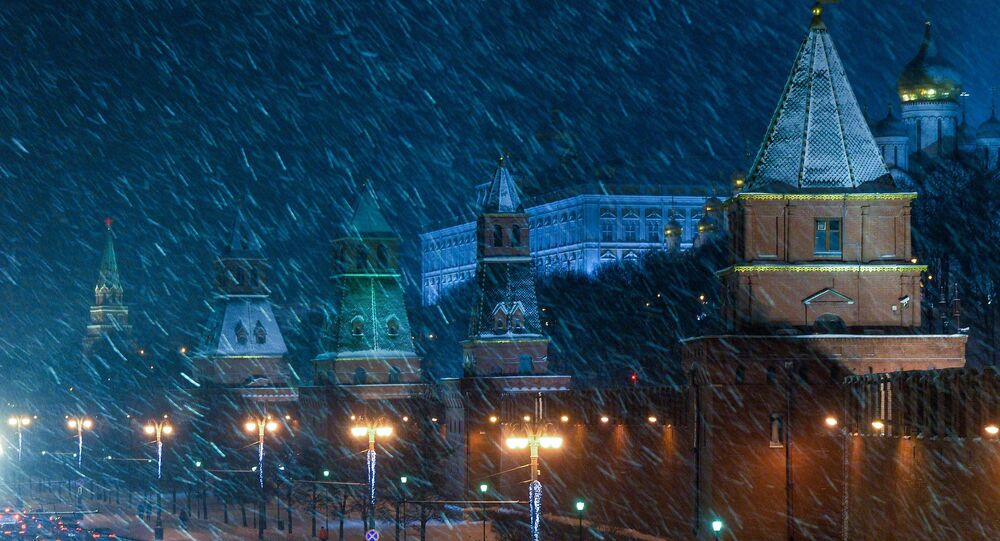 In preparation for the upcoming Munich Security Conference, organizers released a report on the 'boundless crises' raging on Europe's doorstep, and threats from within. Among Europe's problems, the report says, is a Russia whose foreign policy is 'unpredictable' and even 'dangerous'. But what's really behind the accusations?

The 52nd session of the Munich Security Conference, a major global forum for the discussion of security policy, opens on February 12, and will be attended by dozens of high-ranking officials from around the world, including Russian Prime Minister Dmitri Medvedev.

This year, the report released by organizers ahead of the forum, setting the tone for the event, is titled "Boundless Crises, Reckless Spoilers, Helpless Guardians," and features discussion on a wide range of security problems, from the wars in Syria and Ukraine to the dangers of terrorism, threats to the Schengen Zone agreement and the political and economic stability of the European Union.

Ultimately, the report pessimistically suggests, "the world, especially as seen from the West, may indeed be in its worst shape since the end of the Cold War."

© REUTERS / Marko Djurica
Europe's Ring of 'Stable' Neighbors Turns Into a 'Belt of Ruins'
The report recalls that the 2003 EU Security Strategy goal of creating "a ring of well-governed countries to the East of the European Union and on the borders of the Mediterranean" has not come to pass. "This has turned into a 'ring of fire' instead. The European security and peace order is contested again, and the war in Ukraine remains unresolved. From Libya to Iraq, from Mali to Afghanistan, states are failing. Conflict is increasingly becoming boundless and borderless…[Moreover,] the war in Syria has turned into an unconfined regional crisis…[becoming] the main driver of the global refugee crisis, [making] 2015 the year with the most refugees since the end of World War II."

"Europe," the report notes, "has so far failed to build a credible common foreign and security policy as envisaged by the Treaty of Lisbon, with institutional arrangements for decisive crisis management actions. Instead, Brussels continues to be handicapped by multiple major problems: shaky agreement on sanctions against Russia; continuing question marks surrounding Greece and the euro; the threat of 'Brexit' and of re-erected borders; and, maybe most importantly, a resurgence of illiberal right-wing nationalism and populism."

Citing a ranking of the 'top 10 risks for 2016,' compiled by the New York-based think tank Eurasia Group, the report puts Russian President Vladimir Putin on a par with Turkey's Recep Tayyip Erdogan as a "leader of an unruly pack" of "unpredictable" leaders.

"Russia under Vladimir Putin," the report states, "has been keen to demonstrate its status as a key global player, but its economy tells a different story." Moreover, attempting to put the blame for the crises in both Ukraine and Syria on Russia's shoulders, the report complains that a "durable settlement of the Ukraine conflict envisaged a year ago has not materialized," while "in Syria, Putin has demonstrated his determination to play a role in any post-Assad Syrian arrangement, without much regard for the continuing plight of the Syrian population."

Incidentally, what the report does not get into is how exactly the Ukrainian civil war is Russia's fault. Nor is it clear how Russia's assistance to the Syrian government, which is helping to prevent the country from falling to Daesh and other radical Islamist militants, shows 'disregard' for Syrians.

© AFP 2020 / JOHN THYS
NATO, Russia Should Talk Face-to-Face, Not Through a Megaphone
Ultimately, the report suggests, the continued confrontation between the West and Russia is fraught with risks and dangers, including the creation of "a new kind of Iron Curtain at the NATO-Russian border," one in which a cordon of a few countries, including Ukraine, are stuck in the middle. Moreover, the report suggests, "for the first time since the end of the Cold War, the escalation of violence between major powers cannot be dismissed as an unrealistic nightmare."

In its own analysis of the report, independent Russian newspaper Svobodnaya Pressa spoke to Sergei Yermakov, deputy director of the Tauric Information-Analytical Center at the Russian Institute for Strategic Studies, who suggested that blaming Russia is actually a habitual response to the failings of the EU project.

"The report factually states that the EU has acted in such a way that we can forget about the project for a Greater Europe. The EU is in crisis, due to the aggravation of its internal contradictions. In fact, Brussels' own policy has failed to allow the EU to become a full-fledged formation – either economically or in the areas of security and defense. Hence such a nervous reaction to Russia; in European eyes, someone must be to blame, and it is customary for Russia to play the role."

With regard to the political and military crises in Ukraine and Syria, Yermakov notes, while European leaders may be genuinely concerned about the implications of these conflicts for their own security, they are "doing very little" to resolve them. The European Union and NATO, the analyst suggests, are organizations which have always "preferred to create only the appearance of conflict resolution."

© Sputnik / Kirill Kallinikov
Not Again! Top US General Calls Russia 'Literally an Existential Threat to US'
"The humanitarian operations in which they participated were held on the periphery, away from Europe, particularly in the Middle East. That is why the European man in the street, who knew very little about the real situation, believed until very recently in a 'Middle Eastern peace process'. But now it's beginning to dawn on him, thanks in part to the flow of refugees, that there is no conflict resolution in the Middle East."

"There is no conflict resolution in Ukraine, either," the analyst laments. "On the contrary, the war party operating in Kiev, propped up by Ukrainian nationalists, will inevitably contribute to fueling the conflict. Plus, Kiev today is a stronghold for the trans-Atlantic war party, which advocates the strengthening of the policy aimed at 'containing' Russia."

The report, Yermakov notes, seems to indicate that Europe, unfortunately, does not want to recognize Brussels' role in provoking the confrontation with Moscow. This confrontation, he recalls, did not begin in 2014 with the Ukraine crisis, but much earlier, when NATO and the EU decided on its eastward expansion, up to and including the territories of the former Soviet Union.

"In short, on the eve of the Munich Security Conference, the West realistically describes the current situation, but has removed from the agenda the main question: who is to blame for the confrontation, and what lessons might be learned?"

Ultimately, the analyst suggests, Russian leaders should take away from the report the fact that "an unpleasant game is developing around Russia. On the one hand, NATO and the EU are offering signals that they are willing to compromise – for example, by resuming the work of the NATO-Russia Council (forgetting, of course, to say on whose initiative its work was interrupted). On the other hand, the US declares that it is creating forward deployment bases in Europe, while NATO ships patrol the waters near Crimea."

"In practice, this means that a sophisticated policy of containment and reduction [of pressure]. Such a policy is becoming the trend in relations between Russia and the West," Yermakov concludes.

Over 30 World Leaders to Attend Munich Security Conference in February

NATO, Russia Should Talk Face-to-Face, Not Through a Megaphone

Europe's Ring of 'Stable' Neighbors Turns Into a 'Belt of Ruins'